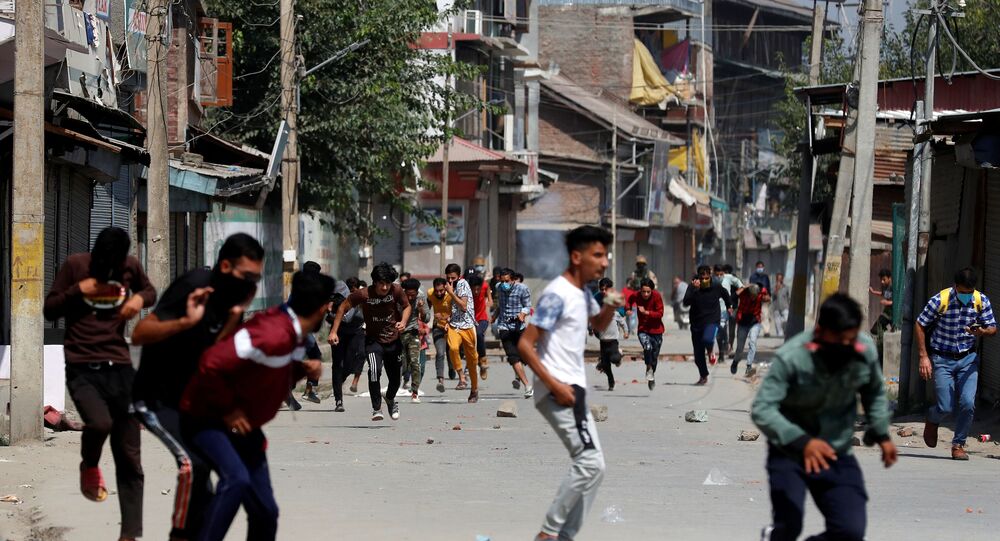 Junaid Azim Mattu, former Mayor of Srinagar in Jammu and Kashmir, condemned the “merciless thrashing” of two young men in the city allegedly by Indian army personnel. He added he is thinking about registering a formal police complaint and seeking action against the security personnel.

A massive protest broke out on the outskirts of Jammu and Kashmir's capital city of Srinagar after a huge number of people gathered to block the road and staged a demonstration against the Indian army for allegedly beating two young men.

According to local news agency KNO, two men in their twenties, identified as Shahid Ahad Bhat and Aqib Ashraf Dar, were beaten by soldiers in Rawalora area, near the capital city of Srinagar. However, the reason for the punishment could not be immediately confirmed.

Protests erupt in RawalPora after 2 boy was beaten up by Army, youth identified as Shahid Ashraf Dar (20) son of Mohammad Asharf Dar and Zahid Ahmad Bhat (21) son of Abdul Ahad.
Both the youth have been shifted to SMHS hospital Srinagar for treatment. pic.twitter.com/YWeRuocoB9

​Both the injured individuals have been moved to hospital for treatment. One of them is reported to be in a serious condition with cervical injuries and has been shifted to SKIMS Medical College Hospital.

A man, claiming to be an eyewitness of the incident, stated in a video that two young men were riding separate motorbikes when they were asked to stop by a soldier. One of them stopped but the other was hit with a baton on his head when he didn't stop.

However, the Defence spokesman in Srinagar Colonel Rajesh Kalia told the media they are still ascertaining what happened.

India-administered Jammu and Kashmir has thousands of soldiers in the region because of the contentious Armed Forces Act (AFSPA) which empowers security personnel, who are used in the so-called "disturbed areas" to kill anyone acting in contravention of law, as well as arrest and search any premises without a warrant. It also provides cover to forces from prosecution and legal suits.