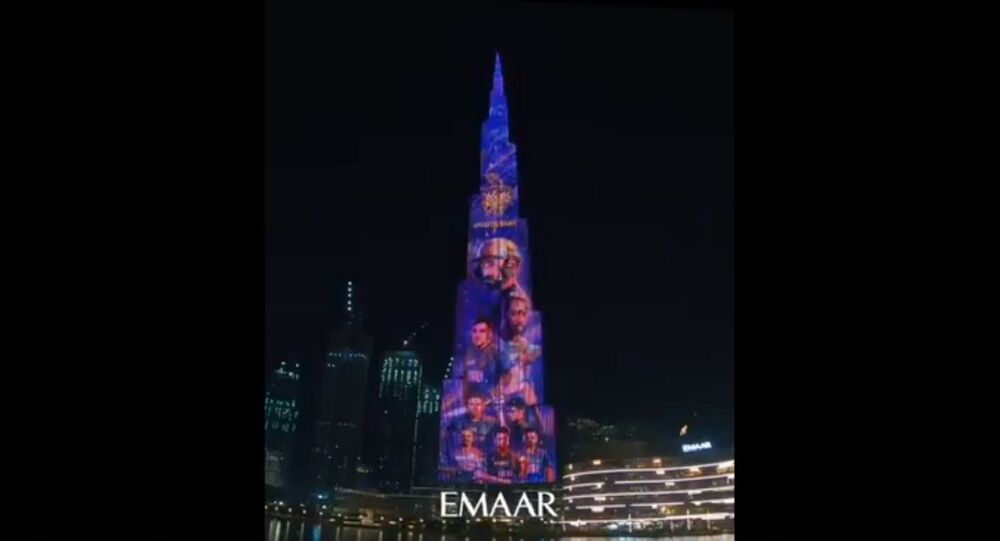 The 2020 Indian Premier League (IPL), established by the Board of Control for Cricket in India (BCCI) in 2007, is holding its 13th season in Dubai this year because of the COVID-19 pandemic. Cricket stars from all around play in the IPL in eight teams – all named after Indian cities and states.

Ahead of the match against the “Mumbai Indians (MI)” team in the ongoing IPL series, Dubai’s tallest architectural marvel - the Burj Khalifa - lit up in purple and golden colours, cheering up the other team playing tonight – the Kolkata Knight Riders (KKR), which are proudly owned by the king of Bollywood, Shah Rukh Khan.

As videos of the lit-up building keep surfacing on social media timelines, netizens have been sharing ecstatic reactions and hilarious memes mocking the other IPL teams for not getting this kind of a grand gesture from Dubai.

Fans have also noted that this is the first time ever that the Burj Khalifa has lit up in support of an IPL team.

​Netizens also noted that this grand gesture from the Burj Khalifa is a testimony to the superstardom that the epitome of romance, Shah Rukh Khan, enjoys around the world.

Earlier this year, famous American talk show host David Lettermen, in an interview with the superstar, revealed that the actor has around 3.7 billion fans around the world.

Before the fireworks tomorrow, here's the curtain raiser! We won't stop, on our way to the 🔝

Thank you @BurjKhalifa for lighting up in #KKR colours.

​The two teams will be facing each other at the Sheikh Zayed Stadium in Abu Dhabi later today.

In recent years, the IPL has emerged as the most-attended cricket league in the world. According to BCCI, the IPL season of 2015 contributed $160 million to India’s GDP.

Indian celebrities like Shah Rukh Khan and business tycoons like Mukesh Ambani own teams made up of international cricketing legends who are “auctioned”, and the highest bidder gets the player in their team.