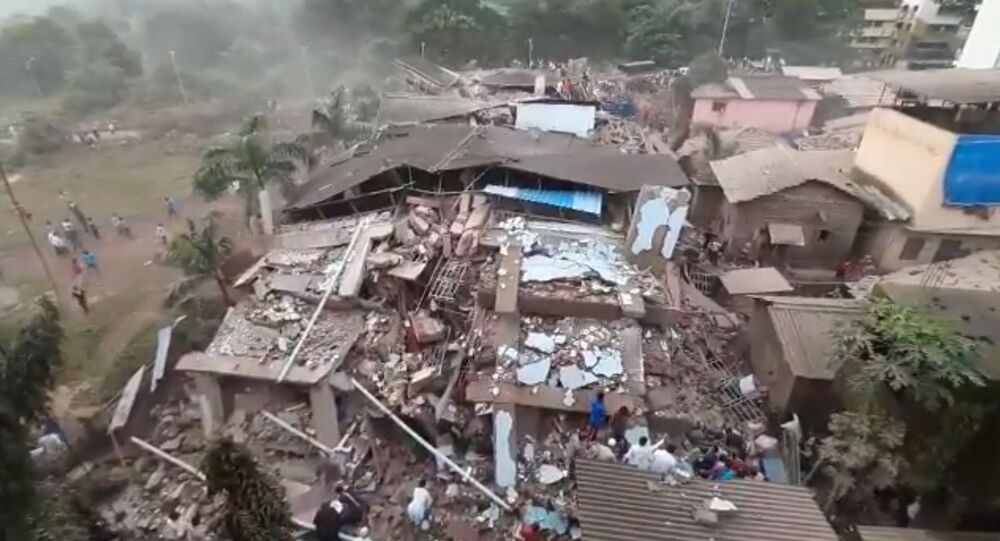 New Delhi (Sputnik): Due to heavy downpours during the annual monsoon season, various structures become too dangerous to live in. Since July, several parts of Maharashtra have seen floods and many Indian regions have reported incidents of houses collapsing.

More than 70 people are feared trapped after a five-storey building, containing 40 apartments, collapsed in India’s Maharashtra state on Monday evening.

The incident occurred in Mahad,  around 160 km from Mumbai, in the state's Raigad district.

According to the police, the building collapsed around 6:30 p.m. (India time).

A five-storey building in #Raigad's Mahad area collapsed on today evening, following which three NDRF teams from Mumbai have been rushed to the spot.

#WATCH : News coming in that a 5 story building has been collapsed in #Mahad of #raigad district. It's been reported that more than 50 people are trapped. Three teams of NDRF are on the spot, more details are awaited: #Maharastra #BuildingCollapse #Mumbai pic.twitter.com/ObHEVKC91Y

Chaudhari added that 15 people have been rescued so far while three Natural Disaster Response Force teams from Pune have been dispatched to Mahad.

There is still no information about what actually caused the building to collapse.

From Bricks to Dust: Three-Storey Building in India’s Bengaluru Collapses Into Nothingness - Video