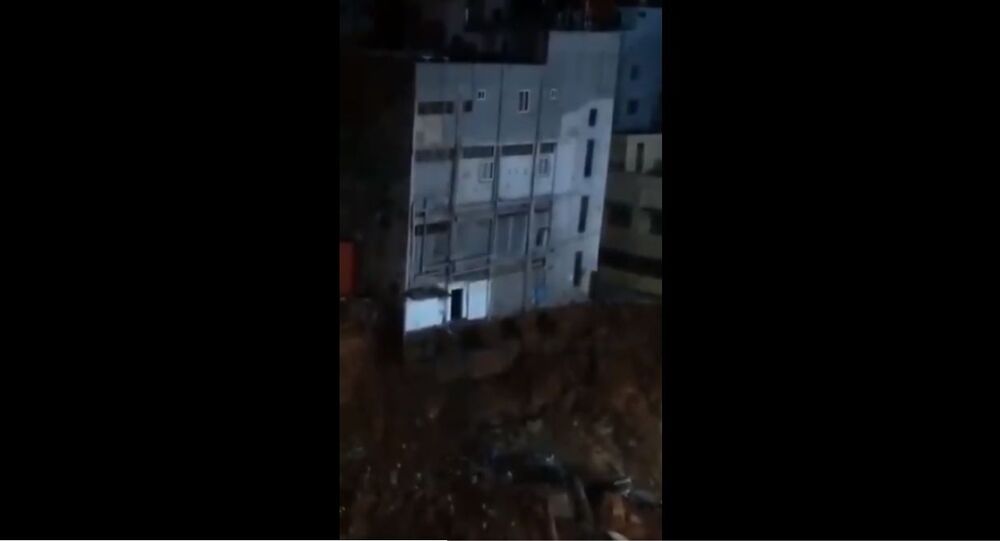 From Bricks to Dust: Three-Storey Building in India’s Bengaluru Collapses Into Nothingness - Video

New Delhi (Sputnik): ​The concrete building that was under construction had begun to develop cracks since Monday, after which residents occupying the area were shifted away from the building, the media reported on Wednesday.

An old theatre in India's Bengaluru that was being turned into a hotel has collapsed like a pack of cards.

For the reconstruction process in the city's Majestic area, the ground was dug 80 feet to build the multiplex that caused cracks to develop in the structure.

Quoting officials from the city’s fire department, reports noted that the building turned into dust late Tuesday evening. However, no casualties were reported.

Dramatic videos depicting the building falling have emerged on social media. Have a look.

Dinesh Gundu, a Congress legislator in Bengaluru visited the spot and told the media that the owner of the building site must compensate for the damage.

Gundu has also reportedly suggested that the city administration scrutinise permission and due clearance submitted for the building plan for the time being.

The builder had allegedly not consulted a geo-technology expert to verify whether the location was ready for new construction or not, reports added.