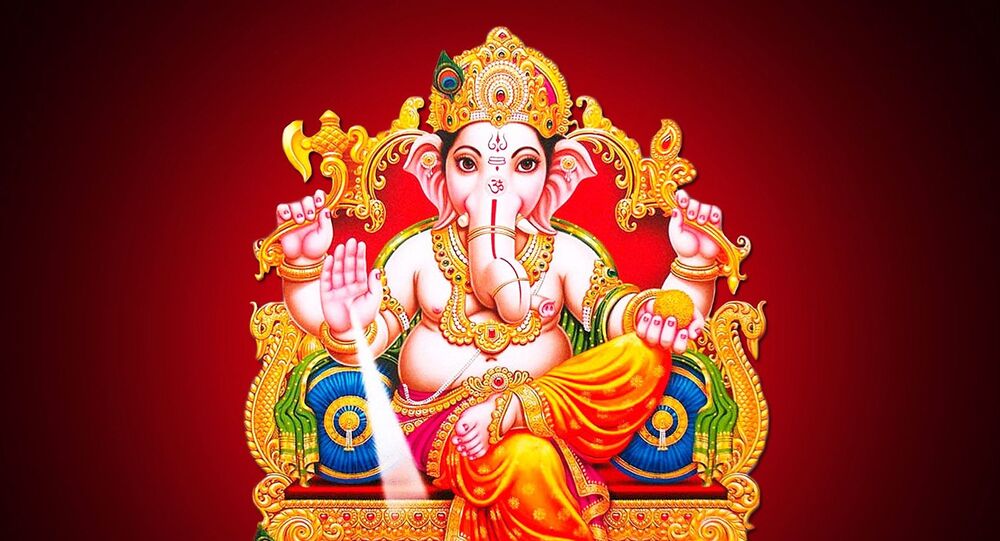 New Delhi (Sputnik): India is gearing up for the celebration of a major 10-day Hindu festival Ganesh Chaturthi, starting 22 August. The observance and processions will be significantly scaled down this year due to the pandemic.

Beautiful drone shots of the grand image of Hindu God Ganesha, carved out by youngsters in the Indian state of Maharashtra after a month of hard work, are going viral on Twitter.

This comes just ahead of Ganesh Chaturthi, a festival celebrating one of the most revered Hindu God's birthday. The video is from the village of Bale in Maharashtra's Solapur.

The drone clip, which has over 5K views, starts by capturing the youngsters who carved out the image and gradually shows the full view of the art from a great height. Along with Ganesha, also called Ganapati, there's an image of a mouse, who is believed to always accompany him.

The youth of Bala village in Sholapur, started carving the image of Ganpati Bappa in a half acre farm a month ago. Now it is complete after their hard work. #GanpatiBappaMorya pic.twitter.com/6PgM4o7ODN

​The festival is celebrated across the country, and people bring Ganesha idols into their homes for up to 5 days; offer it the best of hospitality, and immerse it into water at the end of the five-day period.