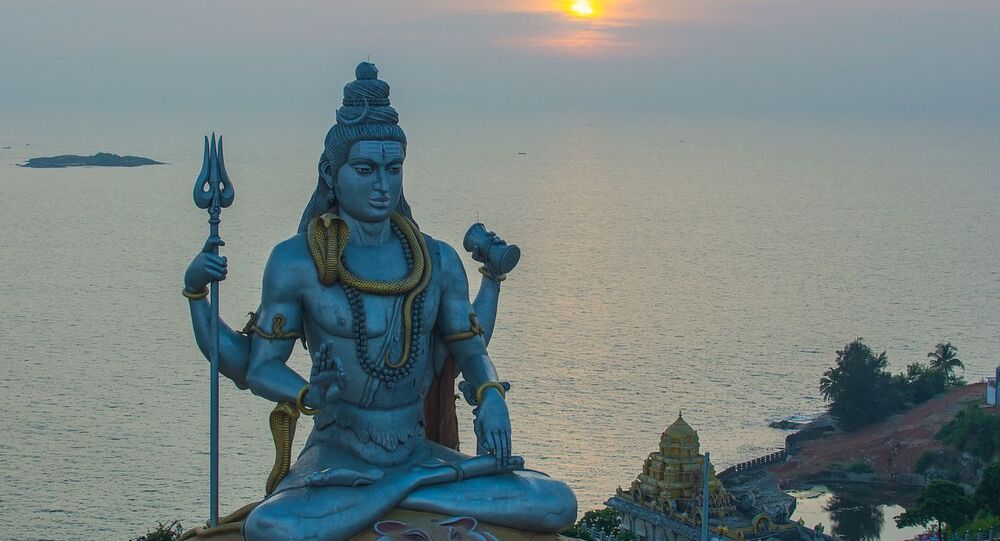 New Delhi (Sputnik): Hinduism – thought to be the world’s oldest religion and said to have existed for about 4,000 years – believes the holy Trinity of Gods, Brahma, Vishnu, and Shiva, is responsible for the creation, preservation, and destruction of life. Hindus make up 15.4 percent of the global population.

Although Hinduism involves the worship of several deities as per its holy scriptures, Hindus across the world are ardent worshippers of Lord Shiva.

He is considered immortal and is believed to be watching over the world while meditating in the Himalayan mountain range of Kailash or, Kailas, geographically located in the Tibet region. An innumerable number of temples dedicated to Lord Shiva have been established across the world, one of which recently dove into the limelight.

© Photo : Sandeep Kumar
Nag Panchami: All You Need to Know About India’s Exotic Snake Worship Festival
Called the “Gombeshwar Caves”, a Kenyan coastal city of Mombasa-based age-old temple dedicated to Lord Shiva has made its way onto social media after a video clip by an England-based Indian music artist, Kishori Jani, who visited the caves, went viral overnight.

The remote temple is located in the hills of the Niyali region, overlooking the Indian Ocean.

The 2-minute 20-second long video gives a virtual glimpse of the caves, showing idols of the deity sitting in the creases of the rugged rocks deep inside the cave.

Jani can be heard chanting the traditional “Om Namah Shivay” mantra while climbing down the cave and showing its historic interiors.

Lovely - discovering an ancient Shiva temple in a cave in Mombasa, Kenya! 🙏 pic.twitter.com/IOHQP7u8D3

​According to Jani’s video, the cave temple was found a long time ago when some African cattle herders noticed one of their cows regularly released all of her milk at one random spot on the hills. Since Hindus consider cows sacred, Jani said, the herders approached some Hindu families living in the area back then to ask what the reason could be for this cow providing milk at that particular spot.

On digging the area, the herders and the Hindu families found this beautiful cave with a “Shiva lingam” – an abstract representation of Lord Shiva – on it. People who know about this hidden temple often go there to offer prayers.

Lord Shiva devotees, mesmerised by the video, have been writing praises for the location of the hidden temple on Twitter.

What a beautiful place and a mesmerizing voice.