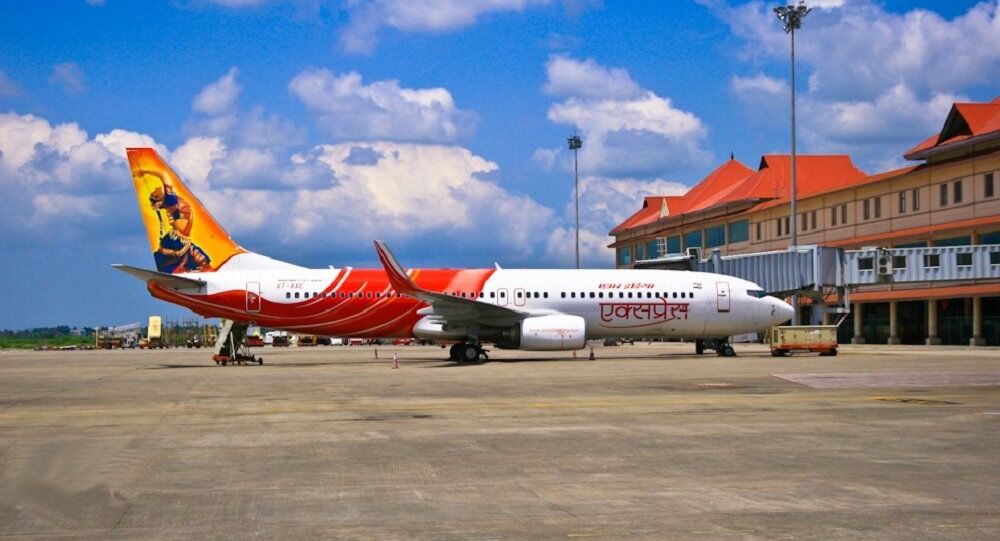 New Delhi (Sputnik): As many as 14 are dead, including the pilot, and 15 sustained serious injuries in the Air India Express crash at Calicut Airport in Kerala on Friday evening. Many others are reportedly missing while a rescue operation is being carried out. As per initial reports, the plane skidded-off the runway.

A member of the ground crew who was present at the Calicut Aiport when the Air India Express plane crashed, has described how it split into two after the pilots were unable to land smoothly due to the slippery and small runway.

Telling Sputnik, on the basis of anonymity, he said: "When the flight landed, it bounced twice. It is not important that the aircraft bounces and pilots can't apply brakes. Because of the harsh weather and slippery runway, after the second bounce, on the third bounce they thought they will take off and abort the landing".

"The aircraft crashed as they didn't want it to further bounce and it wasn't possible to apply brakes, so they thought they will take off, but it crashed the moment they took-off after the third bounce," the eyewitness added.

Experts have explained that Calicut is a table-top airport where there is no room for error while landing. Reports are suggesting that due to the bad weather, the captain of the Air India Express plane missed his approach, aborted his initial landing and then tried again to land the aircraft.

That's the path the Captain of Air India Express took from Dubai to Kozhikode / Calicut, missed approached then did a go around and landed back.

Am told he was a very good ex-armed forces captain. pic.twitter.com/RNA2amoQBU

Of 191 onboard, so far 14 are confirmed dead, including both pilots. Around 100 people onboard have been rescued and taken to hospitals, an escape that is being described as miraculous as the aircraft did not catch fire during the crash.