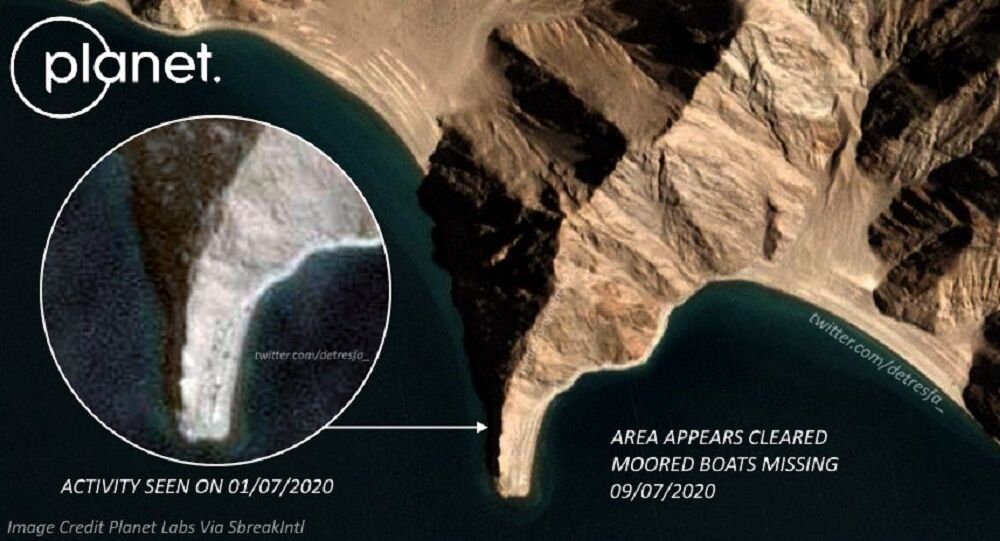 New Delhi (Sputnik): As military and diplomatic level talks last week have resulted in the withdrawal of troops along the Line of Actual Control in the Galwan Valley of eastern Ladakh, another round of talks between Indian national security adviser Shri Ajit Doval and Chinese Foreign Minister Wang Yi are underway on Friday.

The latest satellite images from Pangong Tso in eastern Ladakh indicate an early withdrawal of troops as the area appears cleared of earlier seen positions, equipment, and tents. The images of the foxhole at the Lake, which had earlier recorded activity on 1 July, appears cleared in the absence of moored boats.

​While the troops have moved about two kilometres from the Line of Actual Control in the Galwan Valley, in Pangong Tso, Chinese troops have only moved back from Finger 4, Indian Army sources said on Thursday. Meanwhile on Friday, India and China are conducting diplomatic level talks on boundary issues.

India's External Affairs Ministry reiterated on Thursday that negotiators have agreed to continue holding frank and open dialogue to de-escalate border tensions along the Line of Actual Control in the Ladakh region.

However, the opposition in India still has concerns as they continue to demand the restoration of the status quo as of 5 May 2020.

We are generally happy with the disengagement and de-escalation.

People will keep a close watch on the PROCESS and the PROGRESS.

But let us remember, the declared goal is restoration of status quo ante as on May 5, 2020.

​Different parts of Pangong Tso are marked as Finger 1 to Finger 8. India claims that the Line of Actual Control passes near Finger 8 while China claims that its side of the boundary stretches to Finger 4. Troops from both sides conduct patrols between Finger 4 and Finger 8 on a regular basis.

Indian and Chinese troops have been engaged in a border standoff in different sectors along the 4,057-km Line of Actual Control since early May, when there were minor skirmishes resulting in injuries on both sides. The matter escalated on 15 June when in spite of an agreement to disengage, a violent face-off occurred between troops from both sides in the Galwan Valley, resulting in the deaths of 20 Indian soldiers.