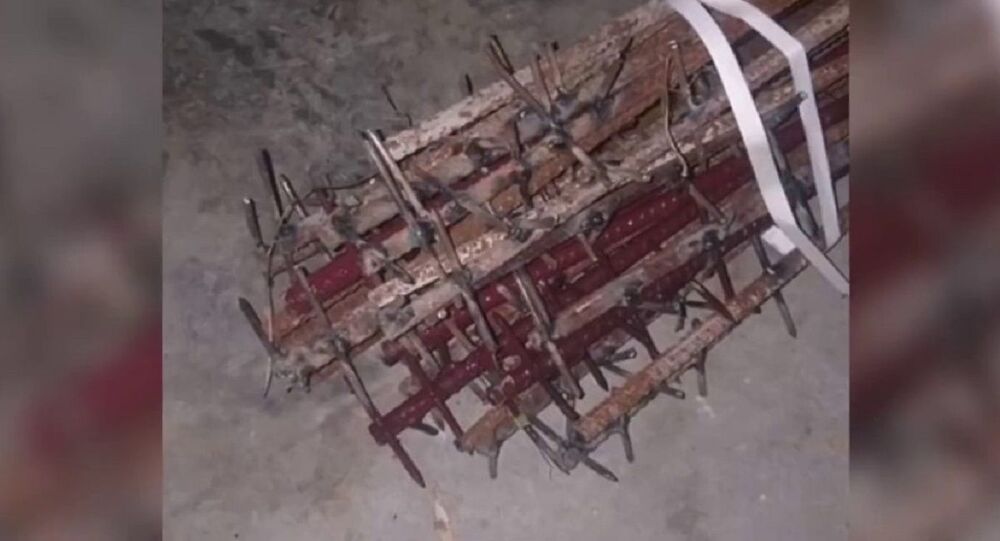 New Delhi (Sputnik): In a violent face-off between the Indian Army and the People’s Liberation Army on Monday, 20 Indian soldiers were killed. According to army sources in India, not a single shot was fired and that it was hand-to-hand combat in which Chinese troops were equipped with spiked iron rods as well as batons wrapped in barbed wire.

Indian government sources have revealed that the military has sent hundreds of light-weight riot gear, comprised of padded polycarbonate inserts which protects from sharp objects and stones, to equip troops in the Ladakh region.

The first consignment of 500 sets of full-body armour was airlifted from the Mumbai-based supplier to Leh on Thursday for the troops deployed along the 4,057-km Line of Actual Control, India Today reported.

The nail-studded rods — captured by Indian soldiers from the Galwan Valley encounter site — with which Chinese soldiers attacked an Indian Army patrol and killed 20 Indian soldiers.

Such barbarism must be condemned. This is thuggery, not soldiering pic.twitter.com/nFcNpyPHCQ

​The altercation took place after soldiers from India’s Bihar regiment reached Point 14 to ensure the disengagement of Chinese troops but were attacked with nail-studded rods and batons, as per government sources.

However, the PLA’s Western Command has said that the Indian military crossed the Line of Actual Control (LAC) and deliberately launched provocative attacks, caused violent physical clashes between the two sides, resulting in casualties.

India and China have been in a border standoff since the last week of April in the Galwan Valley and Pangong Tso. Beijing objected to infrastructure development by New Delhi along the Line of Actual Control and the situation has since escalated, culminating in Monday's face-off.

Ladakh is infamous for physical fights between the armies of the two countries. In 2019, a major stone pelting and physical altercation was reported from eastern Ladakh in which scores of troops were injured from both sides.