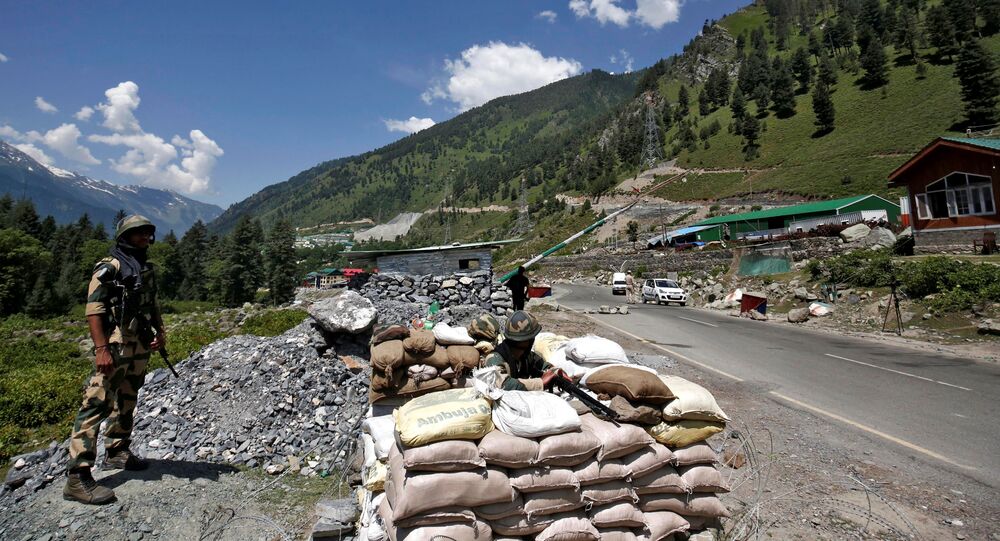 New Delhi (Sputnik): Indian Army sources have said that 20 soldiers including a colonel were killed in a skirmish with Chinese troops late on Monday in eastern Ladakh’s Galwan Valley. The troops of both armies have been in a stand-off since the last week of April at different points along the Line of Actual Control.

The violent face-off between the Indian Army and People’s Liberation Army along the 4,057-km Line of Actual Control is being stated as the worst since 1975. The skirmish, which killed 20 soldiers and injured more than 100, unfolded within eight hours late on Monday. Not a shot was fired, but hand-to-hand fighting raged across the Galwan Valley.

The commanding officer of the 16th Bihar Regiment and 50 soldiers reach Point 14 during patrolling to ensure the withdrawal of Chinese troops to Point 1, as per a disengagement plan. At the time, PLA troops were still present but went back after Indian Army troops reached the site. Point 14 was one of the places agreed upon for the disengagement of troops.

A little later into the evening after the Chinese troops left, Bihar regiment soldiers began dismantling the Chinese tents in the area claimed by India.

But according to the PLA’s Western Command, the Indian military crossed the Line of Actual Control (LAC) and deliberately launched provocative attacks, caused violent physical clashes between the two sides, and casualties.

© AP Photo
(File) In this May 5, 2013 file photo, Chinese troop hold a banner which reads, "You've crossed the border, please go back," in Ladakh, India

According to the Indian government sources, the Indian commanding officer (CO) was the first one to receive a blow along with two soldiers and they were reportedly attacked with iron rods and stones.

Immediately after the injuries to the CO and two others, the Indian troops present at the site retaliated, which then turned into a free-for-all. Indian media outlets have claimed that PLA troops hunted down and slaughtered troops from the 16th Bihar Regiment.

Many of the unarmed men jumped into the Galwan River in an attempt to escape. The Indian Army said 17 troops who were critically injured at the standoff location died after exposure to sub-zero temperatures.

Beijing, meanwhile, has not reported any casualties on its side so far.

According to sources in the Indian Army, not a single shot was fired but the fight went on for hours until midnight, following which both sides disengaged and dispersed.

Around two dozen Indian soldiers are still battling for their lives after the skirmish. Some bodies were later recovered from Shyok River, where the Galwan River merges and Indian soldiers are missing, while others are suspected of having being taken into custody.

On Tuesday, a spokesperson for the Western Theatre Command of the Chinese People’s Liberation Army said sovereignty over the Galwan Valley area has always belonged to China.

Army commanders from both sides have been engaged in talks since Tuesday and a second round of talks is now underway. While Indian Foreign Minister S Jaishankar has said that Beijing took premeditated and planned actions that were directly responsible for the violence and casualties, the Chinese Foreign Ministry stated that the situation stable and under control following the recent clash with India.

© REUTERS / PLANET LABS INC
A satellite image taken over Galwan Valley in Ladakh, India, parts of which are contested with China

India and China have been in a border standoff since the last week in April, during which there were two altercations resulting in injuries on both sides. Earlier in June, both sides agreed to disengage troops who were reinforced in May.