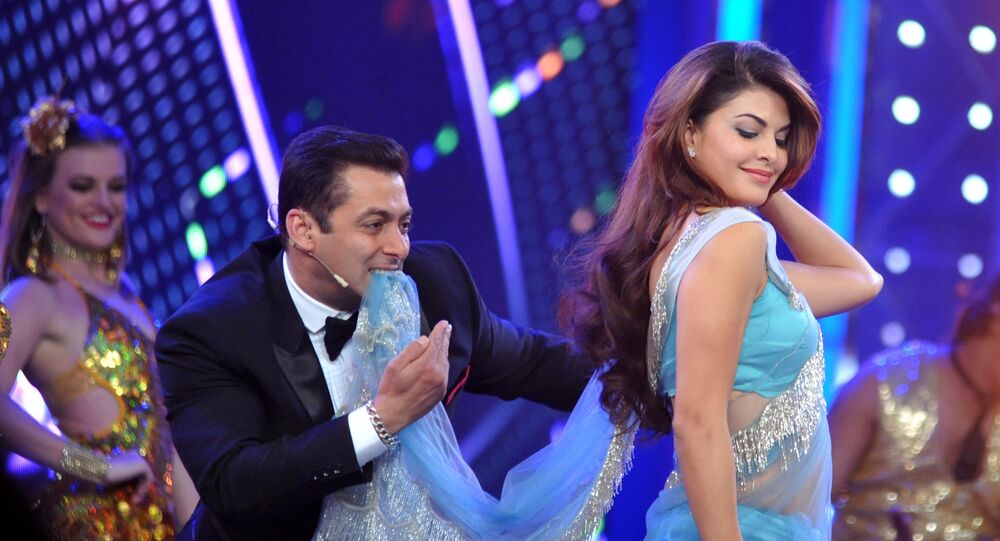 New Delhi (Sputnik): B-Town's "alphamale" Salman Khan and ex-Miss Sri Lanka Jacqueline Fernandez, who is now a Bollywood actress, have graced the silver screen together many times. After wowing fans with sizzling chemistry on screen, the duo has sparked dating rumours as they were spotted together at the former's farmhouse.

Bollywood stars Salman Khan and Jacqueline Fernandez, who are isolating at the former's farmhouse, were spotted cycling together, giving gossip-mongers in the entertainment industry a new bone to chew on.

In a video that has sparked dating rumours, Salman can be seen wearing a grey t-shirt and Jacqueline donning a sizzling white tank-top and shorts. The stars are accompanied by bodyguards cycling right behind them.

​The rumoured couple has been raising the eyebrows of Bollyheads as the two are isolating at the former's farmhouse in Panvel, on the outskirts of Mumbai.

Recently, the "Dabangg" actor and the actress shot a music video called "Tere Bina" that was released on Salman's YouTube channel. The video was produced at the actor's farmhouse in the presence of a cinematographer.

The charming onscreen couple has shared the stage in various movies such as Race 3 and Kick. The 54-year-old actor, known as Bollywood's most eligible bachelor, is famous for his flamboyant personality and maintaining close and friendly ties with his co-actresses like Katrina Kaif and Zarin Khan.

Priyanka Chopra 'Gets Her Freak On', Sways Into Weekend Dancing in Bathrobe