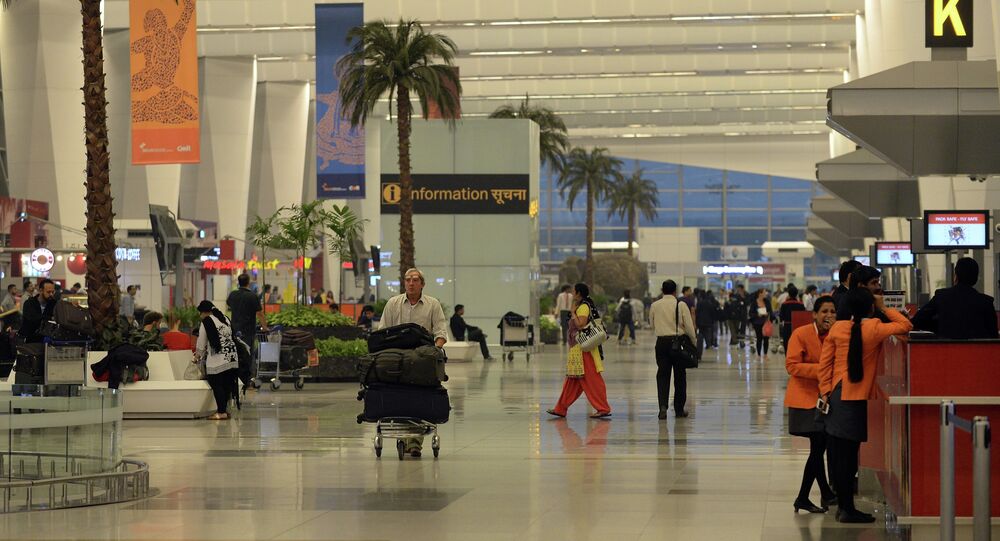 New Delhi (Sputnik): India has become the seventh worst-affected country in the world with 190,535 positive COVID-19 cases and its national capital Delhi the second worst-hit area in the country with 19,844 cases. As the lockdown 5.0 relaxations come into force, the national capital’s chief is still wondering whether to open the borders or not.

The chief of India’s national capital Delhi, Arvind Kejriwal, has eased the lockdown as per the central government’s guidelines, which were released on Sunday, except for one on inter-state movement. Seeking public opinion, Kejriwal has raised concern over the expected influx of people from across the country to hospitals in Delhi if the borders are opened for inter-state movement.

In a press briefing on Monday, Kejriwal said: “People from across the country come to Delhi for treatment. There are two reasons, one that health infrastructure here is the best in the country and second government hospitals in Delhi provide free facilities”.

With borders opening up but Corona cases rising, can Delhi open its hospitals for treatment of ppl from across the country? Will it put pressure on capacity to handle Corona? Should Delhi’s hospitals be reserved for Delhi residents?- We seek ur suggestions https://t.co/OXe7M6ZRM4

​The Delhi government’s annual economic survey data suggest that migrated people constitute half of the population growth (600,000 annually) while thousands of people visited the national capital for medical care. Currently, the national capital has over 60,000 hospital beds.

Delhiites have been asked to send their suggestions to the chief via WhatsApp or email by Friday evening. Kejriwal has said that the city has 9,000 beds ready for COVID-19 patients, but if the borders are opened, it will take only two days to run out of beds. Reflecting upon various suggestions and the fact that national capital belongs to everyone, Kejriwal says:

“Some people are saying that borders should be opened but the hospitals in Delhi should remain reserved for those living in Delhi. But Delhi belongs to everyone, it is a national capital. It has treated everyone. How can Delhi say no to treatment to anyone? Some are saying as long as corona is there, Delhi hospitals should remain reserved for Delhiites. What should we do? Should we open the borders or not?”

Meanwhile, the lockdown has been relaxed across Delhi as per the government's guidelines, which allows for the opening of saloons, multiple riders in vehicles, as well as the normal functioning of industrial units and shops.