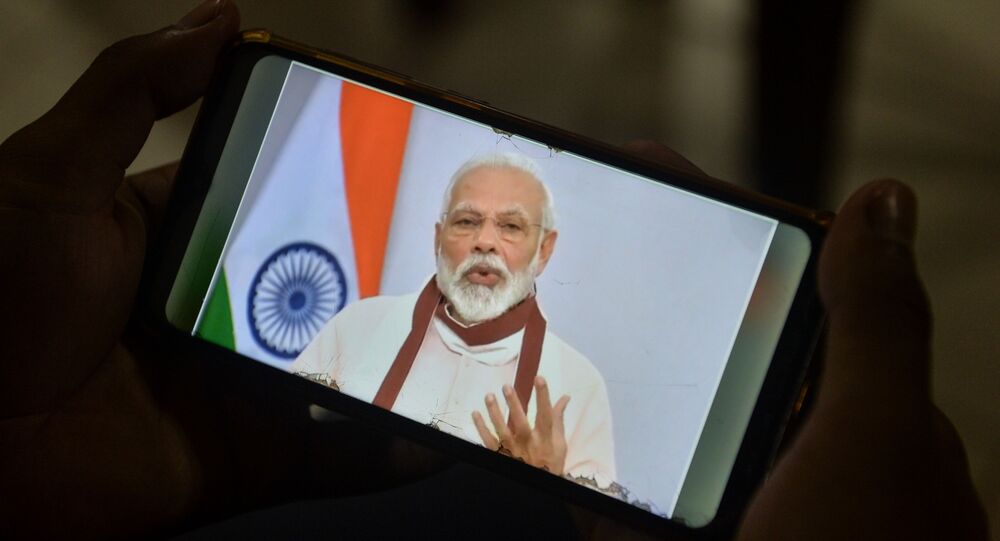 The Indian government's economic response to the COVID-19 pandemic came almost two-and-a-half months after the major economies across the globe announced emergency fiscal as well as monetary measures to tackle the economic impact of the pandemic.

In India, while businesses awaited the government's stimulus plan with baited breath, Prime Minister Modi announced a $266 billion economic stimulus package on 12 May.

However, when Finance Minister Sitharaman started unveiling the details of the package in a series of press conferences, it became evidently clear that the package, rather than being a direct stimulus, is more of collateral facilitation by the state, guaranteed by the federal government.

Analysts now say that the component of direct stimulus in the package, wherein the government would spend from its own resources, is very low.

Calling the stimulus package "disappointing", former Indian finance minister and senior Congress leader P. Chidambaram said that the direct stimulus in Modi's package is even less than 10 percent of the total amount claimed by the prime minister.

"As per our calculation, the actual fiscal stimulus to the economy is only worth $25 billion, which is less than 10 percent of the figure announced by the Modi government. Extra allocation that has been made in the COVID-19 package is less than one percent of GDP," Chidambaram said.

Congress, the largest opposition party of India, believes that a large majority of lower middle class, and people who lost jobs amid the COVID-19 pandemic have been left untouched by the Prime Minister Modi's economic stimulus package. The package has also left out impacted sectors like tourism, travel hospitality and aviation, the party believes.

Expressing almost similar views, D.K. Srivastava, Chief Policy Advisor at EY India said, "Only about 10% of this stimulus can be traced as direct additional budgetary cost to the central exchequer. Nearly 5% of the stimulus relates to already budgeted expenditures. The rest of the stimulus primarily pertains to Reserve Bank of India (RBI) liquidity enhancement measures, the government’s credit guarantee programmes and insurance schemes. In addition to the stimulus amount, a number of structural reforms have also been announced which may have a far-reaching efficiency-augmenting impact. Most of these relate to the supply side of the economy."

A couple of days into lockdown, the RBI announced a reduction of the benchmark lending rates and deployed a number of tools like Dollar/Rupee buy, sell, long term repo operations, among others to ensure that the financial system is flush with liquidity.

Srivastava, however, points out an "important demand component" in Prime Minister Modi's package.. "One important demand component was brought by enhancement of the budgeted Mahatma Gandhi National Rural Employment Guarantee Act allocation of INR 61.5 Billion ($8.2 billion) in financial year 2020- 21 by INR 400 billion ($5.3 billion). Together, these add to about 0.5% of GDP, which is a substantive amount to support rural demand and agricultural prices."

Meanwhile, sensing the lack of direct stimulus in the package, the equity market too gave a thumbs down to Modi's stimulus package, which had been announced to tackle the economic impact of the pandemic.

The Bombay Stock Exchange's 30-share index Sensex plummeted by over 1068 points to close at 30,028 on Monday. Equity market participants blame it on lack of direct fiscal stimulus in the package announced by PM Modi.

Meanwhile, the Indian economy had been slowing down even before the COVID-19 pandemic hit. From a high GDP growth of 8.2 percent in early 2018, Indian GDP slipped to 4.7 percent by December 2019.

In contrast, the world's major economies stepped on the gas comparatively earlier to deal with the pandemic's economic impact. The US Federal Reserve announced back-to-back emergency cuts in the benchmark rates amid fears of the COVID-19 pandemic. In March itself, the US also announced $2 trillion in fiscal stimulus in the wake of COVID-19.

The European Central Bank was the second to announce measures without opting for a rate cut.

South Korea announced a $9.8 billion stimulus package on March 3, focusing on small and medium scale businesses. The UK reduced interest rates by 0.5 percent on 11 March, while Canada too reduced rates by the same amount on 4 March.