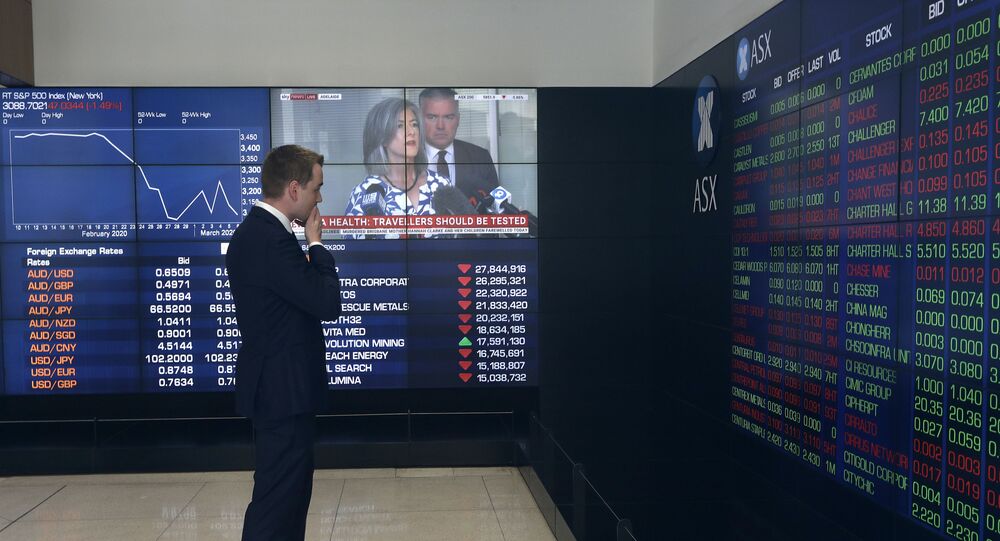 New Delhi (Sputnik): India’s Prime Minister Narendra Modi announced a $266 billion stimulus package on 12 May. Finance Minister Nirmala Sitharaman announced the proposals in a series of press conferences until 17 May.

Banking and financial company stocks traded in red. Key Indian banks like the State Bank of India, ICICI Bank, and non-banking finance companies opened weak and fell in the opening trade. Market participants say Modi's $266 billion stimulus is not a direct stimulus, which the market was expecting.

"This is not a fiscal stimulus. The government has facilitated collateral free mortgages across sectors along with some pending reforms, which will take time to materialise", a stock broker told Sputnik, requesting anonymity.

After Modi announced the economic stimulus in the wake of COVID-19 last week, India's Finance Minister Nirmala Sitharaman held a series of five press conferences announcing the package in detail. The package includes a fillip to India's micro, small, and medium businesses in the form of government-guaranteed funding arrangements, as well as help to non-banking finance companies and the agriculture sector, among others.