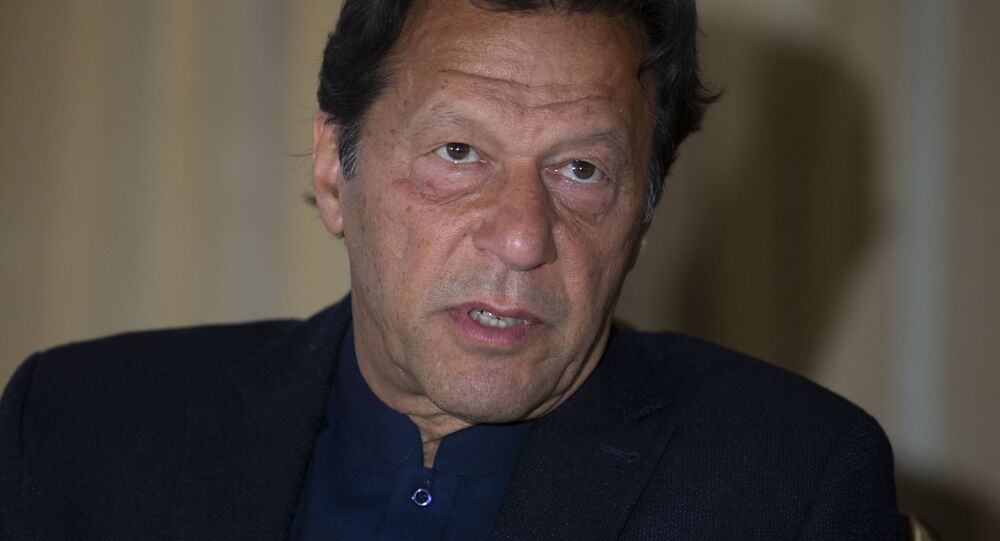 New Delhi (Sputnik): Covid-19 cases in Pakistan have exceeded 12,227, with at least 256 deaths, according to the World Health Organisation.

The coronavirus pandemic in Pakistan has once again highlighted the often tense relationship between the country's democratically elected government and its military, with the latter seemingly gaining more say over how the country deals with the crisis.

Pakistan’s prime minister Imran Khan seems to be losing some of his grip with the military filling the gap where Khan’s civilian government is lacking, analysts say.

Indications that the military is seeking to take greater control were seen when the army overturned Khan’s decision not to implement a lockdown in the country.

Pointing out that the military intervening in the civilian domain is nothing new, Sushant Sarin, senior fellow at the Observer Research Foundation told Sputnik, “Imran Khan’s government had been negligent about the Covid-19 crisis and had been ignoring the magnitude of the pandemic. Khan equated the contagion with the common flu. In fact, the first time the federal government started moving was when the army pressured the government. Only after that national security committee meeting was held, the Army also set up a national command and operation centre and appointed a general in charge of it. So the army has taken charge of it and is doing all co-ordination.”

In his address to the nation on 22 March, Khan said that Pakistan could not afford a lockdown as it will impact millions of Pakistanis who are below the poverty line and it will impact their livelihood and jobs.  However, within 24 hours, Khan's decision was overturned by Major General Babar Iftekhar who announced a country-wide lockdown in the wake of Covid-19 pandemic.

Immediately after the announcement, the military was deployed across the country. Since then the Pakistan military’s national core committee has been issuing directions and guidelines to deal with the crisis. A retired Pakistan general has told media that the Imran Khan government failed miserably in handling the pandemic, leaving a big gap. “The Pakistan military is simply trying to fill that gap. There was no other way out,” the retired general added.

Asked to what extent the relationship between the civilian government and the military in Pakistan may lose its equilibrium in the wake of the pandemic, Sarin said: “The Pakistan army knows that they have no alternative to Khan. They will keep him and keep getting things from the civilian government. Rightly or wrongly, the Pakistan military feels that Imran Khan has certain brand value globally which helps them in leverages such funding. So, for them there is some merit in keeping Khan in power. The arrangement is working well for the army. As of now that is going to be the new government model.”

Meanwhile, in Pakistan, which has a history of military coups, the situation is becoming increasingly challenging amid the spreading Covid-19 contagion. “Because of a lack of resources, there is chaos among the doctors and health workers. They know that people are dying. They know the severity of the illness and they have to work without personal protective equipment,” Shoaib Hasan Tarar, a doctor in Rawalpindi told news agency ANI.

Recent incidents also point at the manner in which Khan’s government has been superseded by the country’s military administration. For example, in the peace deal between the United States of America and the Taliban, the US administration deliberated with the Pakistan military far more than it discussed the matter with the Khan-led civilian government.