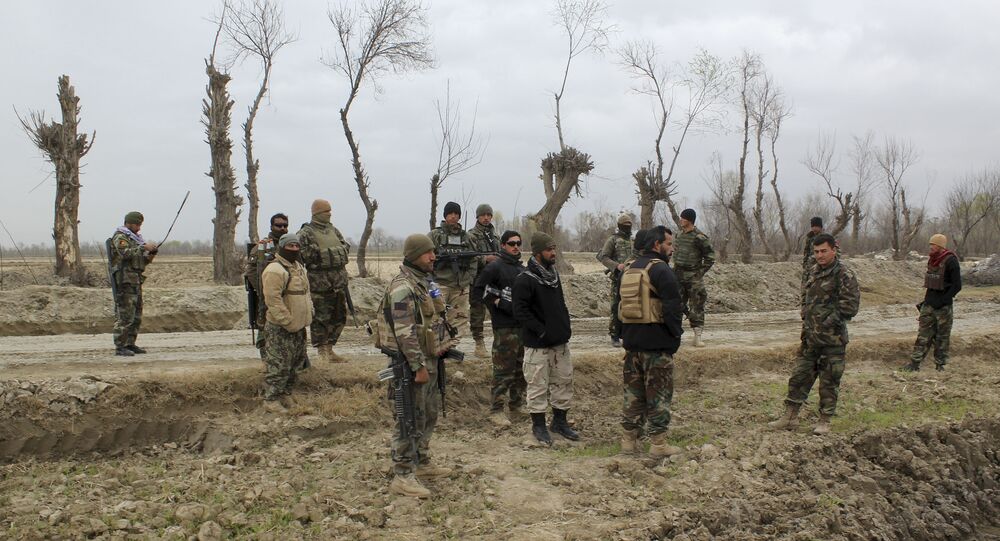 MOSCOW (Sputnik) – As the US and the Taliban proceed with meetings to discuss the implementation of the February peace deal, the agreement seems to be falling apart and the intra-Afghan negotiations appear to be delayed, as the Afghan government continues to be excluded from any talks, experts say.

Both the Taliban and Washington are using the flaws in the deal solely for their own interests, experts added.

The long-awaited deal between the United States and the Taliban, which aimed to end nearly two decades of violence in the South Central Asian nation, was signed on 29 February. Yet, seven weeks later, the country is still facing violence and repeated attacks from the Taliban militants, while the conditions for the intra-Afghan talks, mainly the prisoner release, have not been fulfilled.

Last week, the implementation of the US-Taliban deal was discussed by US Forces Commander General Scott Miller, who also heads the NATO-led non-combat Resolute Support mission in Afghanistan and the Taliban leadership in the Qatari capital of Doha. Days later, Miller and US Special Representative for Afghanistan Zalmay Khalilzad met with the Taliban in Doha for the same reasons.

The most vital part of the agreement – intra-Afghan talks that will lead to permanent peace for the war-shattered nation – has yet to start. The negotiations were initially scheduled to start March 10 but they were repeatedly postponed due to a number of disagreements, mainly due to the continued Taliban violence, clashes between the militants and government forces and delays in the prisoner swap.

No Role Of Afghan Government

Bilquees Daud, a senior research associate at the O.P Jindal Global University, believes that the reason the peace process is not going anywhere in the country is that the February agreement has been sealed solely between the United States and the Taliban, while the Afghan governed has been given no part.

"The Afghanistan government has no role here. Even the ceasefire has been defined in the agreement as reduction of violence against NATO forces only. Therefore, it is very unlikely that these meetings will bring peace in Afghanistan," she said.

According to Daud, such a deal will hardly bring any sustainable peace to the region, and the only way out is to start intra-Afghan talks with concrete strategies. The whole peace process has flaws because Washington only concerns about its own interests, she added.

"The country's socio-political setting has changed dramatically in last 20 years so I am not sure if the Taliban are ready to accept these changes and modify their demands. If they don’t, Afghans will unlikely accept the kind of government the Taliban are demanding," she concluded.

The Afghan government and the Taliban still have "fundamental problems" on the terms of the peace agreement, Raghav Sharma, Associate Professor and Director of the Centre for Afghanistan Studies at O. P. Jindal Global University, said.

The Taliban militants accuse the Donald Trump administration of violating the peace agreement by launching raids and drone attacks across the country. The US military views the accusations as baseless. Kabul and Washington, in their turn, slam the Taliban for repeated attacks on the Afghan forces. The militants argue that they agreed to reduce violence against the NATO troops but not the Afghan servicemen.

"These fundamental divergences coupled with the changing balance of power on the battlefield and the political imbroglio in Kabul will make it excruciatingly difficult for these meetings to achieve tangible progress in reducing violence on the ground," he concluded.

He added that the fact that Kabul was kept from the negotiation process cast "a shadow on the legitimacy" of the conflict settlement.

According to Sharma, the proposed peace talks between Kabul and the Taliban may not "fructify as envisioned."

"The fact is that for intra-Afghan dialogue to forge pan-Afghan legitimacy and work towards a meaningful negotiated settlement it must not only reflect on the changed socio-political landscape of the country but there must exist an elite consensus within Afghanistan on the need and roadmap for such a dialogue," he said.

Prisoners Are Bargaining Chips In Run-Up To Dialogue With Taliban

As for the future of the internal Afghan peace talks, Sharma believes that the Afghan administration is well aware that the prisoners are "one of the very few but important bargaining chips" in the run-up to any dialogue with the Taliban.

"There are few signs to indicate that they [Kabul] will be willing to give this leverage away to the Taliban who have acquired momentum on the battlefield," he said.

The administration led by President Ashraf Ghani initially rejected the terms of the prisoner swap which would see up to 5,000 Taliban released for 1,000 of those imprisoned by the Taliban. The government then announced that it would free 1,500 militants but on certain conditions.

So far, at least 661 Taliban prisoners in line with the US-Taliban deal were released by the Afghan authorities, while the militant group freed 40 government prisoners.

Meanwhile, Dr. Nishank Motwani, an expert in strategy, security, and regional competition, believes that the Taliban group pursues its own goals by agreeing to meet with the US officials.

Motwani also suggested that the Taliban leadership could also use the tactic of reducing violence only to free more of its fighters.

"The Taliban know and are actively exploiting the U.S.'s stated position to exit Afghanistan before mid-2021, and the upcoming U.S. presidential elections in November 2020, to get maximum gains within the remaining period so as to weaken the hand of the Afghan government before intra-Afghan negotiations begin," he said.

The negotiations between Washington and the Taliban likely continue as long as the US is invested in them, according to the expert. Yet, the fact that the talks failed at this early stage shows that they do not aim at forcing the Taliban militants to lay down arms or share power, the expert says.

According to Motwani, the reduction of violence was an insufficient condition to push for the intra-Afghan talks.

"In the 19 years of war since the Taliban were overthrown, it is risible that the best the U.S. could do was to get the Taliban to reduce violence for one week," he concluded.