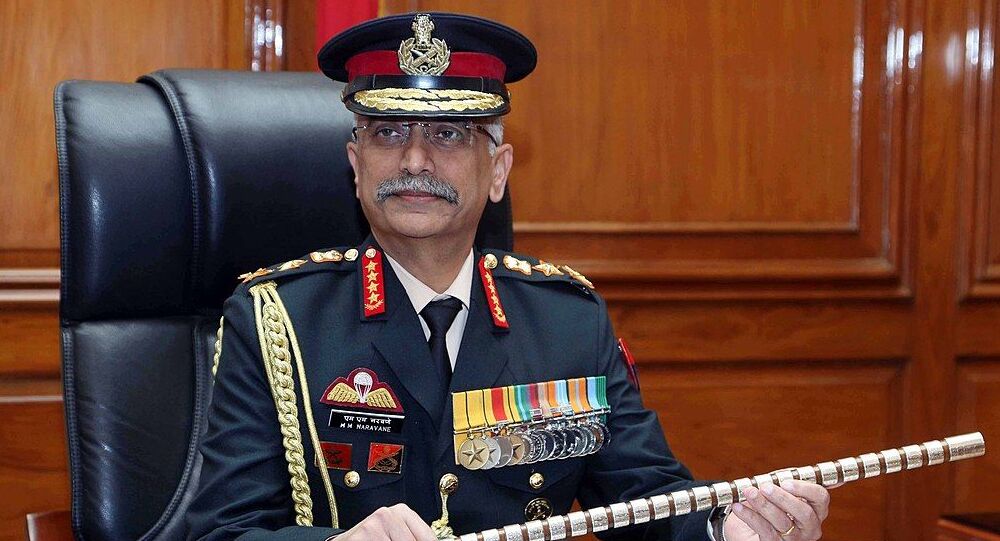 New Delhi (Sputnik): India and Pakistan have been engaging in cross-border firing since the first week of April. India has alleged that three civilians were killed by Pakistan on 12 April in Jammu and Kashmir. Pakistan has countered that Indian troops were targeting civilians along the Line of Control with artillery fire.

Slamming Islamabad over unprecedented cross-border fire amid the coroanvirus outbreak, Indian Army Chief Manoj Mukund Naravane said on Friday that it is "unfortunate when the world is fighting the pandemic, that Pakistan continues to foment trouble".

The firing on the Line of Control (the de-facto border between India and Pakistan) has been going on between the two south Asian rivals since the beginning of this month.

On Thursday, the Indian Army claimed that Pakistan initiated an unprovoked ceasefire violation in the Qasba and Kirni Sectors by firing with small arms. Pakistan resorted to another ceasefire violation along the Line of Control in the Nowshera Sector at 1145 hours on the same day, India said.

Around six civilians have lost their lives and more than 12 sustained injuries during the firing on both sides of the border. The two countries have been exchanging firing and shelling since the killing of five Indian troops near the Line of Control in the first week of April.

Tensions between India and Pakistan have escalated since India revoked the special status of Jammu and Kashmir in August 2019. Islamabad termed the move a violation of the previously existing bilateral agreement.