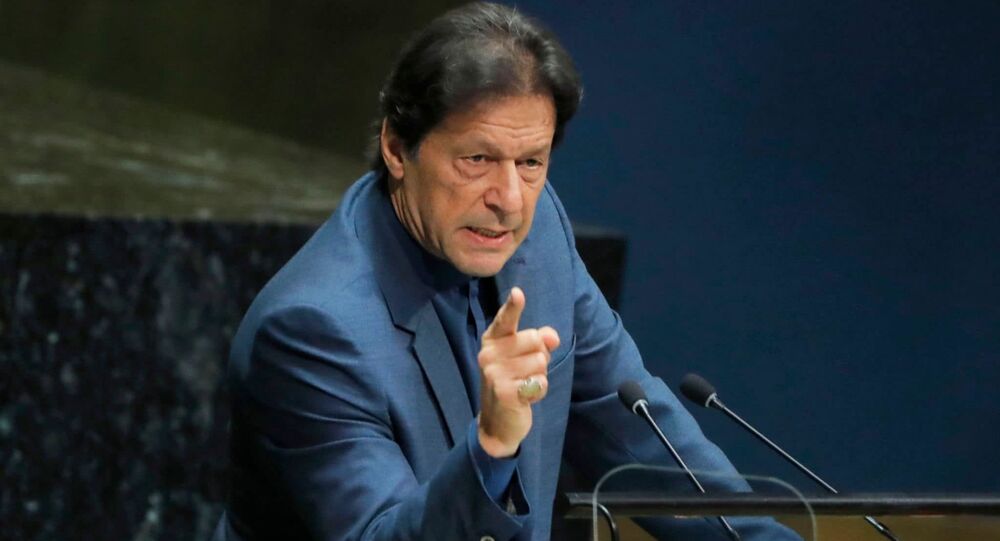 India’s Ministry of External Affairs has slammed Pakistan for making “bizarre” comments about India's leaders on Sunday in which he compared the Modi government to the Nazis.

The ministry has said that instead of concentrating on fighting COVID-19, Pakistani Prime Minister Imran Khan is making a “baseless allegation” against India.

"The bizarre comments by the Pakistani leadership are an attempt to shift focus from the abysmal handling of their internal affairs,” a statement issued by India’s Ministry of External Affairs on Monday reads.

On Sunday, Imran Khan compared the functioning of the government of Prime Minister Narendra Modi-led with Nazis for their alleged discrimination against Muslims. In response, India’s Ministry of External Affairs advised Pakistan to “address the concerns of their own dwindling minority communities, which have been truly discriminated against".

The deliberate & violent targeting of Muslims in India by Modi Govt to divert the backlash over its COVID19 policy, which has left thousands stranded & hungry, is akin to what Nazis did to Jews in Gerrmany. Yet more proof of the racist Hindutva Supremacist ideology of Modi Govt.

​The reports of incidents where Muslims are being targeted began coming in when a large number of members of the community tested positive for coronavirus in contact tracing.

More than 2,000 people had attended a Tablighi Jamaat religious congregation in Delhi's Nizamuddin Markaz Mosque on 16 March; the event was attended by some foreign nationals as well. Following the reports that they had tested positive for the coronavirus, the Indian government tested people across the country who had attended the religious programme, which led to what has been described as "corona shaming" against Muslims and their targeting for spreading the disease.

The two south Asian nations have been at the loggerheads since August 2019, when India stripped Jammu and Kashmir of its special status. Pakistan has repeatedly accused India of mistreating Muslims and Kashmiris, something which New Delhi has consistently denied.