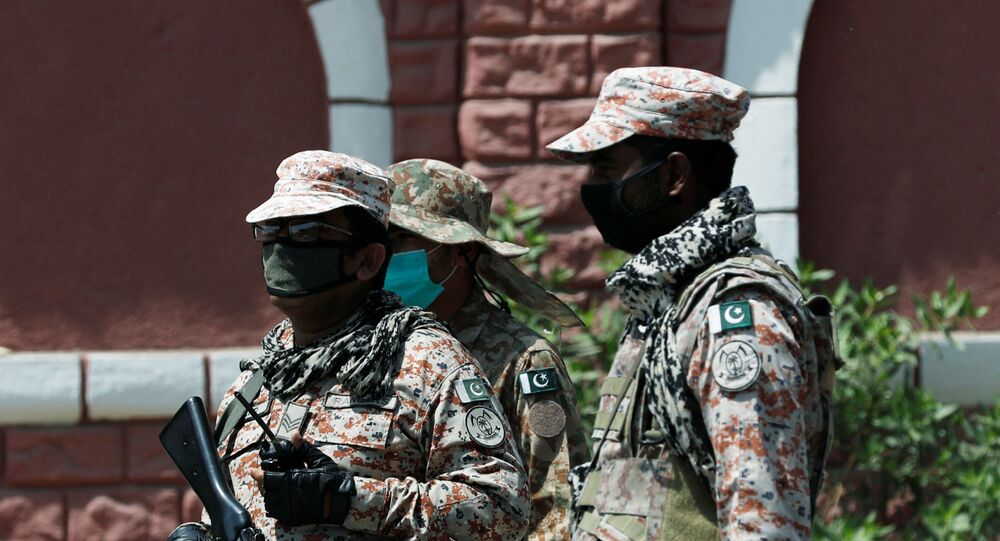 The two South Asian foes have been engaged in firefights and shelling for the past several days following the killing of five Indian troops near the Line of Control (LoC).

Pakistan's Foreign Ministry has summoned the Indian Charges d'Affairs amid ceasefire violations, hours after one Pakistani soldier was killed and four injured as a result of an artillery firefight.

The day before, three civilians were killed when Indian and Pakistani troops exchanged heavy artillery fire.

The Pakistani Army has accused Indian troops of disregarding a ceasefire agreement and international conventions by initiating "unprovoked ceasefire violations" along the Line of Control (LoC) and "deliberately targeting" the civilian population in the Baroh, Dhudnial, Rakhchikri, and Chirikot sectors.

© CC BY 2.0 / David Kinney / Plane's Shadow
Pakistan Army Plane Crashes in Gujarat, Killing Both Pilots
India, for its part, issued a statement to say that its army was responding to a ceasefire violation by Pakistan.

While tensions between India and Pakistan spike from time to time, a recent major escalation occurred in August 2019 after New Delhi revoked the special status of Jammu and Kashmir, a move considered by Islamabad as a violation of an existing bilateral agreement.