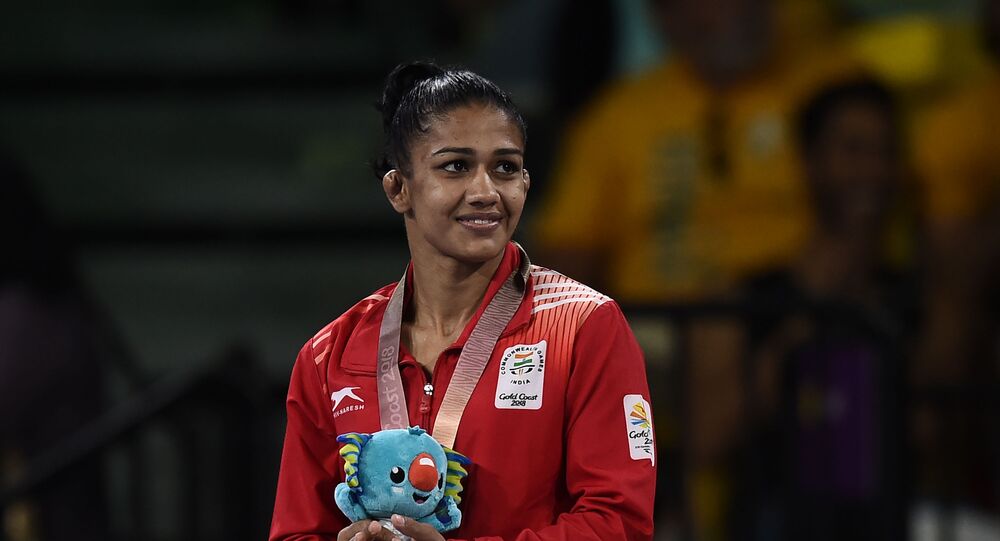 New Delhi (Sputnik): In India, the coronavirus took on communal overtones when a gathering by an Islamic missionary movement Tablighi Jamaat, was reported as the source for almost 30 percent of the total infections in the country. Though the federal government warned that it was no time for “fault-finding”, such finger-pointing still persists.

Indian wrestler and Commonwealth medalist Babita Phogat, who also has a Bollywood biopic to her name, has been slammed on social media for her tweets on Tablighi Jamaat –  an Islamic missionary movement.

Phogat, who joined the ruling Bharatiya Janata Party (BJP) last year, stirred controversy with her series of tweets criticising Muslims for spreading coronavirus in India while calling them “illiterate pigs”.

#SuspendBabitaPhogat is trending on Twitter as users called her "international shame" and striked at her through tweets for creating a divide between two communities.

Babita Phogat has insulted her by commenting on a particular religion ! #SuspendBabitaPhogat pic.twitter.com/jEGRvtI8FW

On 15 April, the wrestler tweeted in Hindi, saying that coronavirus is India’s second-biggest problem while “illiterate Jamaatis” are the biggest cause of concern.

In another similar tweet, she said: “It might have spread through bats there, in India illiterate pigs are spreading the virus”. She used the hashtag #NizamuddinIdiots, referring to Delhi’s Nizamuddin area where the religious gathering was conducted and eventually led to number of COVID-19 cases in country.

However, she has hit back on some media users targeting her through a video message, saying she is the “real” Babita Phogat and will continue to stand for her country.

“Few days ago I had tweeted something, after that many people started are sending me wrong messages on Facebook messenger, on WhatsApp and Twitter messenger, abusing me. Some people are even threatening via calls,” she said in Hindi in the video message.

She even dragged award-winning Kashmiri actress Zaira Wasim into the controversy. The young actress quit showbiz in 2019 to follow Islam and has reportedly received death threats as well as trolls on social media.

"I want to say one thing to those people that keep in your mind that I am no Zaira Wasim who will get afraid by your threats and sit back at home. I am not afraid of your threats.

"I am Babita Phogat. I will always fight for my country and continue to speak like this. I have not written anything wrong in what I have tweeted. I hold my tweet correct. Because I have only written about those people who have spread coronavirus,” she said.