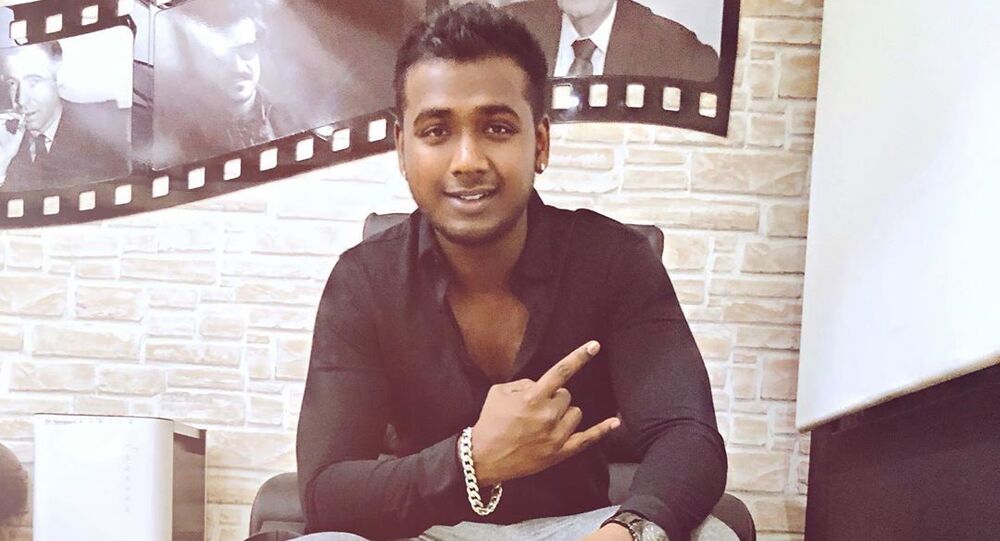 New Delhi (Sputnik): "Bigg Boss”, an Indian adaptation of the international reality show "Big Brother", is one of the most anticipated series in India and many aspiring singers participate with the dream of getting that big break in Bollywood.

Indian Singer Rahul Sipligunj, who was announced the winner of the third season of "Bigg Boss" Telugu, found himself in the middle of an ugly fight in a reputable pub while attempting to save his female friend. The incident happened in Hyderabad, the capital of the southern Indian state of Telangana.

Sipligunj was allegedly attacked with beer bottles by a group of unknown people following a brawl.

According to a report by the Indian daily The Times of India, the fight started when a group of a men tried to improperly approach one of Sipligunj's female friends. He then faced the consequences for intervening. It is said that the singer suffered minor injuries due to the incident.

A video from the incident has surfaced on the internet and in it one can see a group of men attacking a person with bottles.

Video : Attack on Rahul Sipligunj in a Hyderabad Pub

The singer entered the limelight after he was declared winner of the third season of the Telugu version of the reality show. He has also lent vocals to songs from such Telugu films as “Josh”, “Eega”, and “Maharshi”.

The Hindi version of the show is led by Bollywood superstar Salman Khan who plays a perfect host. The 13th edition of it has just wrapped up and television actor Sidharth Shukla was announced the winner.