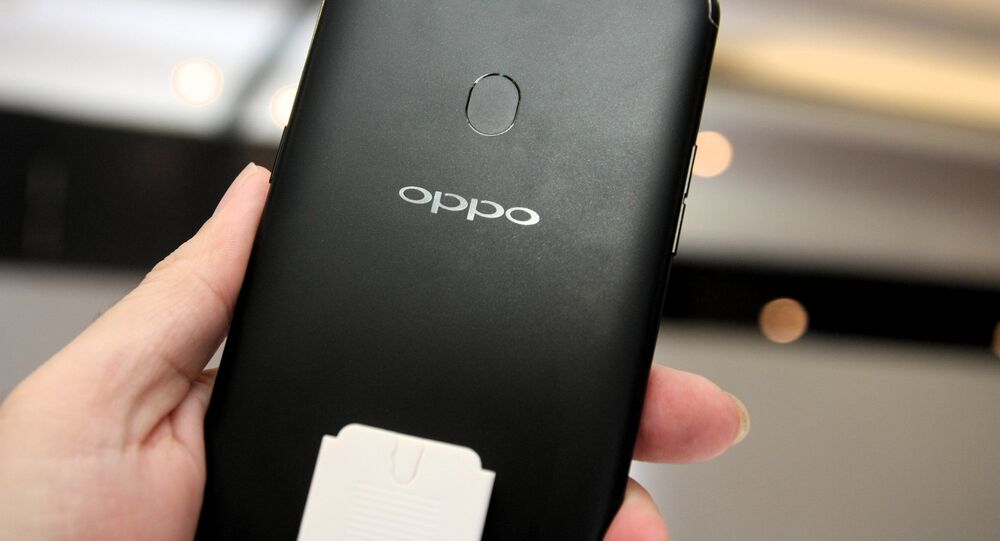 New Delhi (Sputnik): Snubbing national security-related warnings from the US, India has allowed Chinese tech players to participate in its 5G trials. The latter were slated for January 2020 but ended up being indefinitely postponed because of the coronavirus outbreak.

Chinese smartphone maker OPPO has decided to demonstrate the lightning speed of 5G networks in India’s Hyderabad amid coronavirus concerns.

The announcement was made on Twitter by Tasleem Arif, the Research and Development Head of OPPO India on Wednesday.

According to Arif, OPPO will be showcasing quick movie downloads and a cloud gaming feature in their 5G lab in Hyderabad.

​The 5G speed test will be conducted on devices running on the Snapdragon mobile processor, which is manufactured by US-based chipmaker Qualcomm.

The announcement quickly thrilled tech enthusiasts and industry experts who have been patiently waiting to check out the real-time use of 5G technology.

For instance, Prabhu Ram, the Head of the Industry Intelligence Group at CyberMedia Research (CMR), says that such demonstrations “exemplify” the performance of 5G in India.

This is a sanguine leadership approach by OPPO on 5G in India, going beyond just 5G smartphones and focusing on overall 5G R&D. That said, this exemplifies the promise of 5G for India. #5G

​On the other hand, some advised industry players to demonstrate the power of 5G in other tasks that require intensive bandwidths.

That's amazing. But if you could also show us some real tasks that would need 5G speeds like multiple IOT or any other process that need intensive bandwidths, it would be good. I can make WhatsApp calls with 3G also.

​Earlier in January, OPPO inked a two-year deal with the Hyderabad campus of the prestigious Indian Institute of Technology (IIT) to pick Indian brains on fine-tuning camera technology and battery performance along with developing Artificial Intelligence (AI) to improve their compatibility with 5G.

Along with OPPO, other Chinese brands like Xiaomi and iQOO have become the first two to bring 5G-ready smartphones to India.

But given the situation with the coronavirus, which has infected 93,574 people and led to the deaths of over 3,000 people globally, it remains unclear when India will begin its 5G trials.

In 2019, the US kept nudging India to push Chinese tech titan Huawei out of its 5G trials. In October, however, Huawei India head Jay Chen reiterated that the company was ready to sign a "no backdoor" agreement with India to allay security concerns.

Last December, India’s Telecom Minister Ravi Shankar Prasad confirmed that all tech players including Huawei and other Chinese companies were permitted to participate in the 5G trials in India.

Meanwhile, on his maiden state visit to India last month, US President Donald Trump highlighted how the country must stay focused on developing and adopting fifth-generation high-speed internet.

Amid the ongoing coronavirus tensions, President Trump has asked India to choose equipment needed to build the 5G infrastructure from the "West".

Another Chinese Drop in India's 'Mobile' Ocean: New 5G Phone from Beijing to Launch Next Month