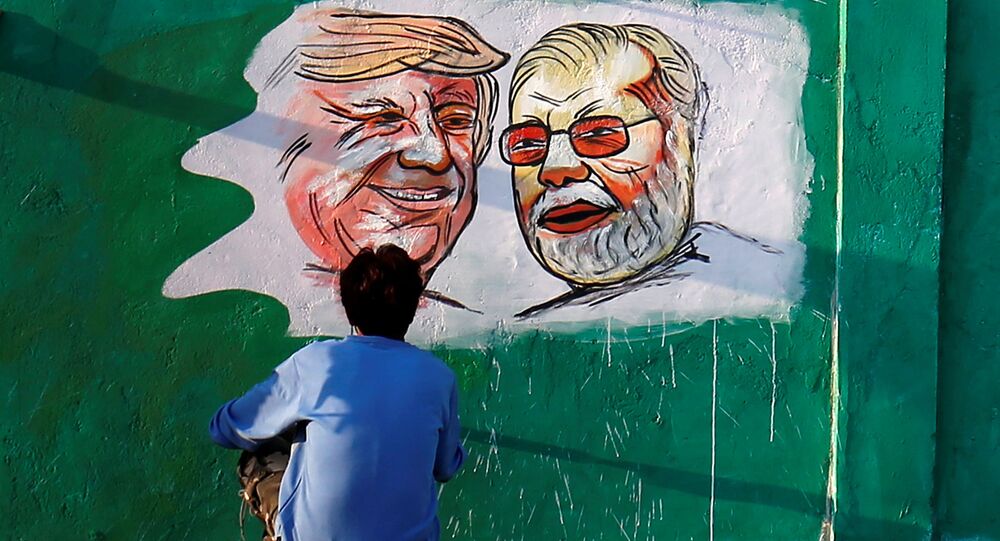 New Delhi (Sputnik):  US President Donald Trump is scheduled to make his first visit to India on 24 February. The two-day trip is likely to focus on strategic issues like trade, defence, security and intellectual property rights.

A day ahead of US President Donald Trump’s India visit, the principal opposition party, Congress, has raised multiple issues about things such as “restrictive immigration policies”, the US’s proposed deal with Taliban and the impact of high crude oil prices in the wake of Iran sanctions.

The issues were raised by Congress spokesperson Randeep Singh Surjewala in a series of tweets on Sunday morning. Earlier, the Congress party has said that Trump’s visit should not be limited to a PR exercise.

Regarding the H-1B Visa, Surjewala said in a tweet, “The Trump government’s restrictive immigration policies have hit H-1B visas. Indians get 70% of 85,000 H-1B visas now. The rejection rate for India has increased from 6 percent in 2015 to 24% in 2019, especially for IT professionals.”

Raising the question of the proposed US-Taliban peace deal, Surjewala tweeted, “US prepares to sign deal with Taliban on 29 February. What about India’s red lines! Have we forgotten IC814 hijacking and release of terrorist Masood Azhar in Kandhar, whose JeM (Jaish-e-Mohammed) then attacked Parliament & Pulwama?”

Surjewala also raised the issue of the high cost of crude oil for India in wake of sanctions against Iran. “As the fest continues, will Modi secure cheaper oil for India?” Surjewala said in one of the series of tweets. “India’s exports of $761 million in steel to the US fell by 50% to $372 million as Trump Govt hiked tariffs on import by 25%. As India commits to $3 billion in defence purchases, why zero relief for India's export of steel? @POTUS says America First, why is PM quiet on India First?” Surjewala added.

As fest continues in AMD, Will Modiji secure cheaper oil for India? pic.twitter.com/jAyBfIFHtD

​India's main opposition Congress party cautioned the government on Friday that the visit of US President Donald Trump should not be a mere public relations exercise.

Much is at stake for India ahead of the Trump visit. There has been a lot of back and forth on the trade issues. While it is still unclear whether a Indo-US trade deal will be signed at all, a lot of trade matters are still pending review.

Trump has recently said that India is a developed nation, to which Congress strongly objected. “Some incidents have recently happened which affects this tour. The US has termed India a developed nation. By this, India is in a list of those countries under which trade measures can be levied on us anytime by the US,” said Congress leader Anand Sharma last week. The US, on its part, had been demanding a lower duty on Harley Davidson bikes along-with access to India’s dairy and poultry markets.

On the defence front, both nations are likely to ink $2.6 billion pact for India to buy 24 Seahawk helicopters from American defence manufacturer Lockheed Martin.