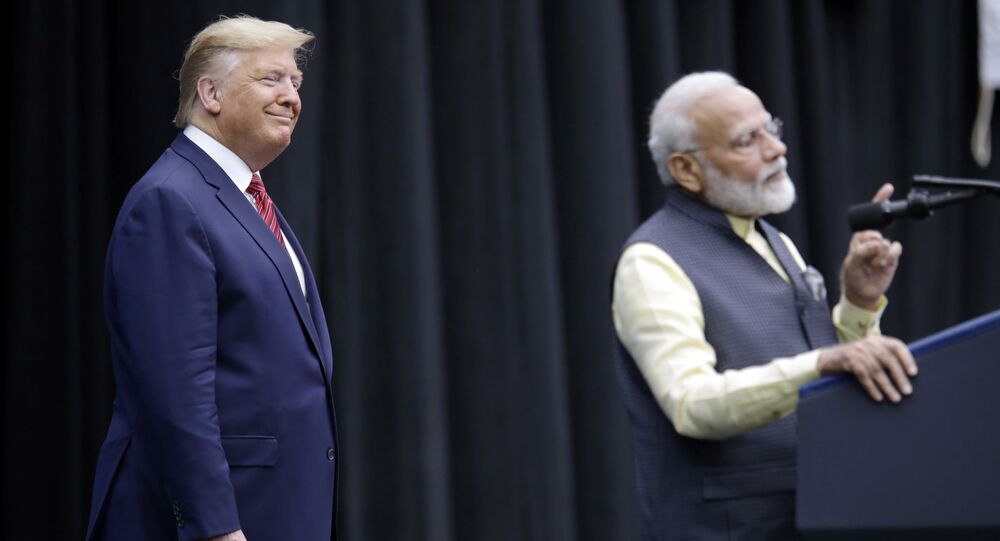 New Delhi (Sputnik): Anticipations are at an all-time high around the signing of a trade deal between India and US during President Donald Trump’s maiden visit to the country on 24 and 25 February. It is being widely believed at a time when Trump has to face the electorate in November, it is the US that needs the deal more than India.

Apart from the preparations for US President Donald Trump's visit to India, the trade deal between the two countries has been creating a lot of buzz. With nothing yet fixed on the deal, India has also stated that it is in no rush to sign the deal and will take its own time.

“We do hope to reach an understanding with an outcome that strikes the right balance for both sides. And these are complex negotiations. We would not like to rush into a deal as issues involved are complicated and there are many decisions that could impact lives of millions of people on ground and some also with long term economic consequences. We don't want to create any artificial deadline,” said Indian External Affairs Ministry spokesperson Raveesh Kumar on Thursday.

A number of trade issues are currently being discussed in back-channel trade negotiations between India and the US. The foreign ministry has reflected that India’s personal interest are going to be paramount during the deal.

Kumar said: “Discussions are happening. If you look at history of such trade negotiations and deals, they have taken their own time. In such discussion, creating artificial deadlines that we have to finish this off by certain time is not a wise decision and it is counter-productive. For us, interest of people is paramount. When we approach a discussion and that is right at top of our mind.”

Currently, the US and India have bilateral trade to the tune of more than $140 billion. While recent disputes over trade, immigration, and technology have led to a strained relationship, India is looking forward to a more balanced trade.

“The relationship which we see in terms of trade services and investments, it has grown year on year. The trade has grown 10% per annum over last two years. We are also looking at much more balanced trade with India importing civilian aircrafts and securing energy supplies from US. We hope to come to a mutually satisfactory deal between the two countries,” the ministry's spokesperson said.

On Wednesday, Trump had also stated that the US is not in a rush to sign the deal. He said there will be a deal and before US elections, but not necessarily during the visit.

Apart from the trade deal, the defence deal and Trump’s visit to Indian cities of Agra, Ahmedabad, and Delhi; India and the US are set to witness a reset in relations.