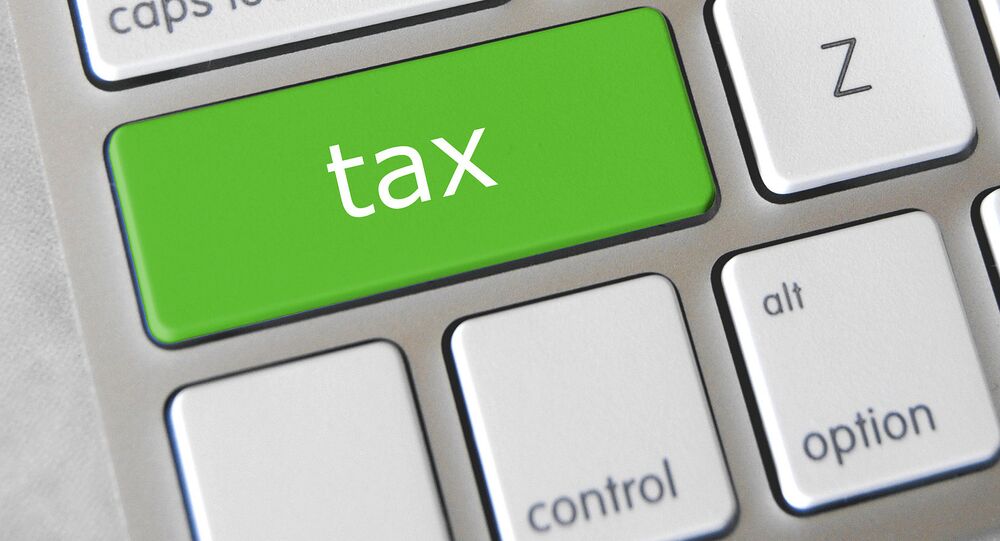 New Delhi (Sputnik): After receiving a notice wrongfully, a labourer earning a meagre amount per day to make ends meet has alleged that his employer was behind the transaction that led to the notice. He claimed his employer cheated him by taking a signature on a blank paper and later using his Aadhaar card and biometric fingerprint fraudulently.

A daily wage labourer in the eastern Indian state of Odisha's Nabarangpur district was shocked when he received a notice from the federal Income Tax Department. The department slapped a tax liability of INR 259,000 (approximately $3,636) for bank transactions worth INR 1,47,82,057 ($207,786) by the labourer, who comes from the lowest economic strata, or below the poverty line as categorised in India.

The notice mentions the labourer, identified as Sanadhara Gond, as a wholesale trader of seasonal goods. As per the notice, he did not file his return during the year 2014-15 when he had a taxable income and also made cash deposits amounting to INR 1,47,82,057 ($207,786) in his bank accounts with the Umerkote branch of the ICICI Bank during the fiscal year 2013-14.

Gond has been asked to appear before an income tax officer either personally or through a duly authorised representative on 10 February 2020.

Suspecting a case of identity theft, Gond has alleged that he was working under his current employer for seven years and once the employer had asked for his unique identification Aadhaar card and other documents. “The transaction might have been done by him because he doesn’t have a bank account”, said Gond.

As per some reports in the Indian media, Gond previously received similar notice also, but he never took note of it until a teacher told him that it was from the Income Tax Department.

IT officials claimed that they had tried to meet Gond several times to discuss the transactions but he did not respond. "Had he told us about his employer, we would have taken steps for an investigation earlier", an income tax officer of the Jeypore Tax Circle, Ashok Dash, was quoted as saying by the New Indian Express website.

However, this is not the first such incident where a person below the poverty line (BPL) has been slapped with such a vast amount of income taxes. In January, there were reports of a 35-year-old labourer from the Thane district of western Maharashtra being handed an income tax notice, asking him to pay INR 10,500,000 ($147,595) in taxes. On approaching the IT office and the bank, he found out that his PAN had been provided for opening the account, but had a different photo and forged signatures.