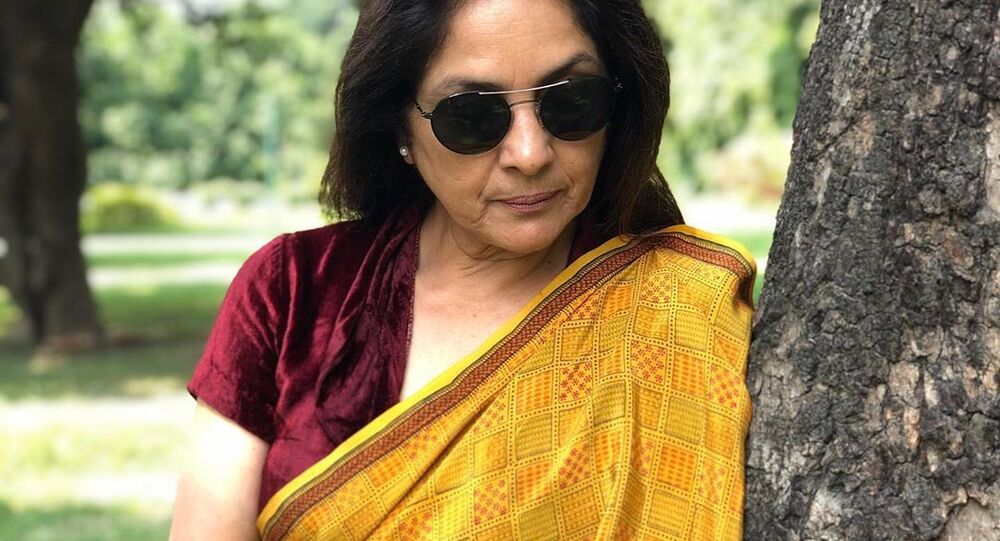 Bollywood Actor Neena Gupta on Raising a Child Alone: People Should Not Blindly Follow Me

"Going back from my experience and the decision that I took, I now realize that probably I was unfair to my child. I feel that a child needs both their parents during growing -up time and I made Masaba suffer from not having a father in the picture," she told reporters in New Delhi during a promotional event for her new film "Panga".

"What I feel is that I have made a mistake and people should not blindly follow that. My circumstances were different, as I had my father to support me. I had so many other experiences so just because I did something, one should not follow me because there are many side effects to this. Honesty is my worst policy, I think," added Neena.

Her daughter Masaba is a celebrated name in the Indian fashion industry with close friends from Bollywood including actresses Sonam Kapoor, Alia Bhatt and many more. She was in the news recently for announcing her divorce with her filmmaker husband Madhu Mantena, though both maintain a good friendship post-separation.

Neena, who was recently in the web series "Heaven", is playing the role of the onscreen mother of Bollywood actress Kangana Ranaut in Ashwini Iyer Tiwari's directorial "Panga" that will premiere on 24 January.

The film is about a mother's ordeal to be successful, and how she takes on the stereotyped mindset of society to follow her dreams. Kangana plays the role of a Kabbadi player in the biopic on a national-level Indian player who gears up to make her comeback after becoming a mother.

Neena has also made appearances in several international films, such as "Gandhi", "Mirza Ghalib" and "Custody". Her film "The Last Color" produced and directed by Indian-American Chef Vikas Khanna, has made it onto the 2020 Oscar's shortlist, with the award ceremonies coming up in February.