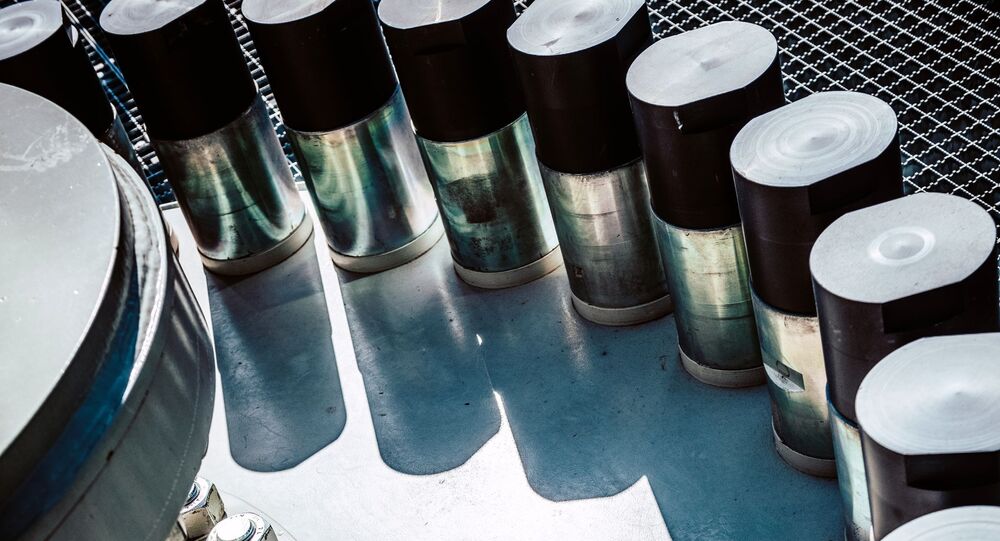 Last month, Russia underscored that it does not seek to suspend gas transit via Ukraine after the implementation of the Nord Stream 2 gas pipeline project.

Polish Foreign Minister Zbigniew Rau has urged Germany help Ukraine compensate for what he described as a "security deficit", which he claimed would occur after the Nord Stream 2 gas pipeline is put into operation.

The top Polish diplomat made the remarks in an article for the German newspaper Frankfurter Allgemeine Zeitung that was republished by Poland's Foreign Ministry on Wednesday.

"The completion of Nord Steam 2 will create a great security deficit on NATO's eastern flank and Ukraine will find itself in a security void. Therefore, I call on Germany to take responsibility for its decision to open NS2 and to make a real – and not pretend – contribution to offsetting the security deficits", Rau wrote.

He asserted that Russian President Vladimir Putin "did not bear the immense cost of building NS2 in order not to use this instrument".

According to Rau, this underscores "the necessity of strengthening the deterrent potential of both NATO's eastern flank and Ukraine, which […] should receive a suitably high compensation both in the form of political support and increased defence potential".

The minister signalled Poland's readiness "to do its part to make up these security deficits".

No Suspension of Gas Transit Via Ukraine After Nord Stream 2 Launch, Moscow Says

Rau's claims come after the director of the Russian Foreign Ministry's Department of Economic Cooperation, Dmitry Birichevsky, emphasised in late May that Russian gas supplies through Ukraine will continue as long as relevant contracts are in force, as Moscow isn't pursuing the goal of suspending the supplies after commissioning Nord Stream 2.

"The contract remains valid, [Russia's gas giant] Gazprom will later hold negotiations with its partners in Ukraine. We do not seek suspending gas supplies through Ukraine. Russia has never used energy and natural resources as an element of pressure or blackmailing. If economic entities reach an agreement, if there is a need for Russian gas in certain European regions, then gas will be delivered to consumers in a safe and predictable manner", Birichevsky pointed out.

The chief of Ukraine's GTS Operator, Sergiy Makogon, said earlier in May that the country's economy would lose $5-6 billion yearly if the Nord Stream 2 was launched. According to Makogon, this includes $1.5 billion that Ukraine would lose if Russia suspended gas transit.

The 745-mile Nord Stream 2 twin pipeline, which is 90-percent complete, will carry gas from Russia directly to Germany under the Baltic Sea, passing through Danish, Finnish, and Swedish waters.

The project is being financed by the Russian energy giant Gazprom, Germany's Uniper and Wintershall, as well as France's Engie, Austria's OMV, and the UK-Dutch concern Royal Dutch Shell. Once completed, the pipeline will be able to pump an additional 55 billion cubic metres of gas per year from Russia to Germany under the Baltic Sea, doubling the capacity of the existing Nord Stream network.

© Sputnik / Пресс-служба Eugal
Russia to Continue Working on Nord Stream 2 With EU Partners, Despite Recent US Sanctions Threats
The US and its allies in Eastern Europe, especially Ukraine, have been actively opposing its construction, with Washington slapping two rounds of sanctions on the project.

Washington argues that once the project is operational, Europe will become even more dependent on Russia's energy resources and that Moscow will use this as political leverage. The Kremlin, however, has repeatedly stressed that Nord Stream 2 is an exclusively economic project.

Germany has, on multiple occasions, rejected the prospect of new extraterritorial sanctions against Nord Stream 2, calling US efforts in this direction an "encroachment on European sovereignty", and warning that it is closely coordinating the issue with its EU partners