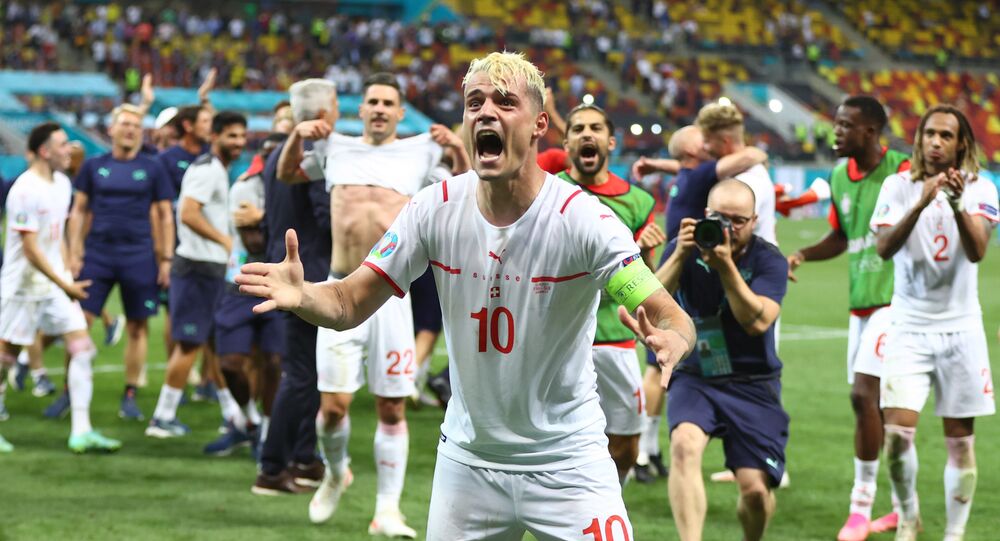 On Monday, the Swiss national football team knocked France out of Euro 2020’s last 16, defeating the French in a 5-4 penalty shootout.

Belgium’s French-language newspaper Le Soir has quipped at France's ouster from Euro 2020, emblazoning “Frexit” across its front page, in an apparent reference to growing calls for France to follow Britain’s example and leave the EU.

“Frexit: Switzerland eliminates France on penalties”, Le Soir’s French-language headline read on Tuesday, as the newspaper took delight in the French team being knocked out of the European Championship.

“For the Blues, on the other hand, the disappointment is immense: while they had dreamed of reproducing the successful World-Euro double between 1998 and 2000, Didier Deschamps' men fell in the first knockout match”, Le Soir pointed out.

I sense a bit of Schadenfreude #FRASUI #frexit #EURO2020 pic.twitter.com/DEGj2Q1SdE

The newspaper added that this happened “despite their title of world champions, despite their dream attack, and despite their lucky coach”, who faced his worst performance since taking office in 2012.

© CC BY-SA 2.0 / ZeroTwoZero / Flag of France and EU
'Frexit' on Horizon? Ex-Brexit Chief Negotiator Barnier Reveals What May Prompt France to Leave EU
The past few years have seen a competitive rivalry between France and Belgium, with the latter yielding to the former in the 2018 World Cup semifinals in Russia.

At Euro 2020, however, Belgium managed to book its place in the championship’s quarterfinals.

Switzerland’s shootout win on Monday followed a dramatic 3-3 draw after extra time, with France's Kylian Mbappe missing the penalty kick. The quarterfinals are scheduled to take place in the Russian city of St. Petersburg on Friday.