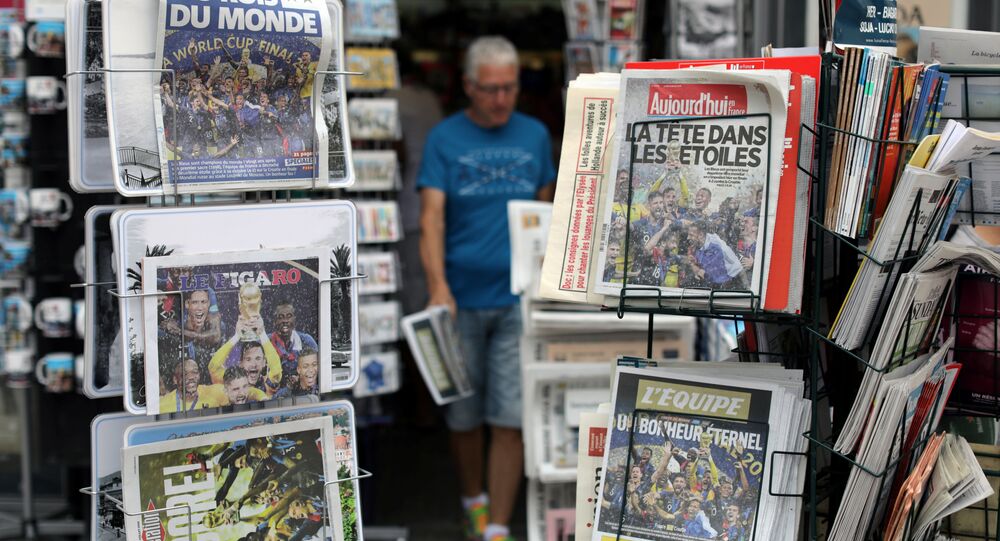 MOSCOW (Sputnik) - The success of the 2018 FIFA World Cup has undermined public trust in some of the UK media outlets due to their negative coverage of the situation in Russia prior to the prestigious event, Russian Ambassador to the United Kingdom Alexander Yakovenko said.

“The Britons had to acknowledge that the championship was a success and that, of course, has changed the attitude toward Russia and by the way toward the UK media. Because for three months everyone was being said that everything is bad in Russia, everything was portrayed in a bad light and then we were accused of an insufficient number of UK fans at the matches, where the English team played,” Yakovenko told the Rossiya 24 broadcaster on Saturday.

© Sputnik / Ilya Pitalev
Putin Signs Law Allowing Visa-Free Entry to Russia for 2018 FIFA Fan ID Holders
At the same time, many UK experts believe that Russia has chances to win the right to host Expo 2025 universal exposition in Yekaterinburg, which is competing with Japan’s Osaka and Azerbaijani capital of Baku, according to the ambassador.

“We are now having meetings on our bidding Expo 2025 committee. And I must say that here in the United Kingdom on an expert level rather than on the state one, Russia is viewed as a very serious candidate to get this big international forum,” Yakovenko said.

Moreover, despite the existing differences in the Russian-UK ties, there are still some spheres where the cooperation is developing such as finances, the ambassador noted.

According to the official, the UK partners have expressed high interest in cooperating on creation of an international finance center in Moscow, where the Russian Central Bank will play a leading role.

© Sputnik / Vladimir Pesnya
WATCH FIFA World Cup in Russia End With Fireworks as France Wins Tournament
The World Cup took place in 11 Russian cities from June 14 to July 15, with France beating Croatia 4-2 in the final to claim their second title. In July, the UK Foreign Office published a formal advice to its citizens traveling to Russia for England's semi-final match against Croatia, urging the fans to remain "vigilant" due to political tensions between London and Moscow.

The Russian-UK relations significantly deteriorated in March over attempted poisoning of former Russian double agent Sergei Skripal and his daughter Yulia in the UK city of Salisbury. The United Kingdom accused Russia of being involved in the attack, while Moscow has refuted the allegations and repeatedly pointed to the lack of evidence provided by London.