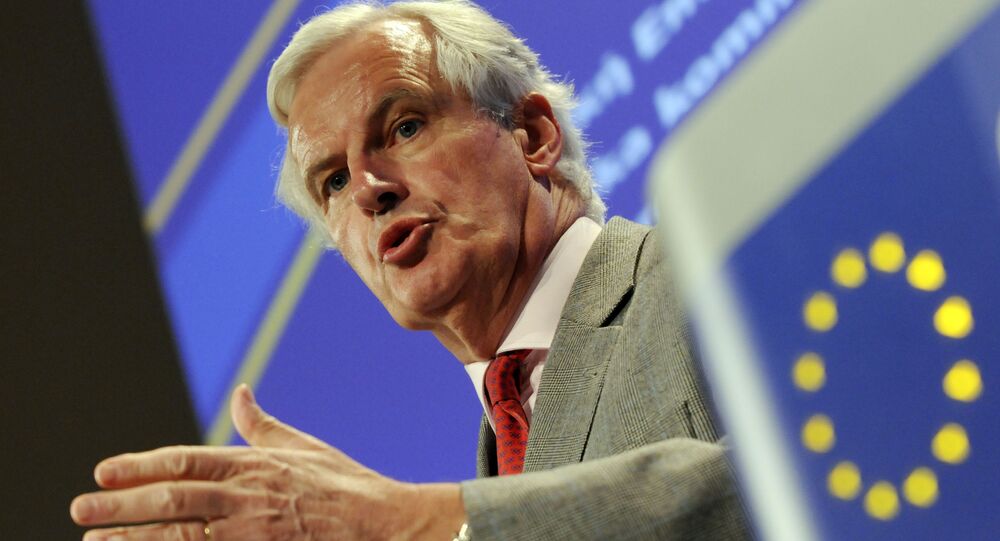 The European Union’s former Brexit negotiator, Michel Barnier, unleashed rumours in February that he was mulling a bid in France’s 2022 presidential election after announcing he was setting up a political faction under the name “Patriot and European”.

The EU's former Brexit negotiator Michel Barnier has weighed in on speculations that he might consider running in France’s presidential elections, slated for 2022.

The politician, who had handled both Brexit talks with the UK on behalf of Brussels and the ensuing 2020 trade talks between the two sides, has hinted he is eyeing France's top job in an interview for French news weekly Le Point.

"I'm convinced that we need to restore calm to France," he said in the interview published late Wednesday, as he sought to capitalise on his political expertise accrued in France and Brussels.

Suggesting that he might theme his potential presidential campaign on a vow to champion "French ambition and uniting the country", he stated that his skills "could be useful to put our country back on the straight and narrow".

In his interview with Le Point, Bertrand subjected Macron's leadership style to criticism, acknowledging that while he was "an intelligent person", the French President’s approach was "too solitary" and bordered on "arrogance".

​The interview comes ahead of Barnier’s long-awaited account of the Brexit negotiations, "La Grande Illusion" (The Great Illusion), reported Bloomberg, with a publication date set for 6 May.

Michel Barnier unleashed rumours of a presidential bid in France’s 2022 elections after he announced the formation of the “Patriot and European” faction within The Republicans (Les Républicains, LR) liberal-conservative Party on 16 February.

Ever since, Barnier's name has been tipped as a possible unifying figure to lead the French centre-right forces into the election, where centrist President Emmanuel Macron is anticipated to seek a second term.

Judging by recent polls, the election is likely to come down to another second-round stand-off between Macron and right-wing leader Marine Le Pen, whom the current incumbent defeated in the 2017 race.

However, a candidate from the mainstream right is suggested as likely to fuel interest. Barnier might face strong competition if he were, indeed, to announce his 2022 bid.

Xavier Bertrand, president of the regional council of Hauts-de-France since the 2015 regional elections, has already thrown his hat in the ring.

The former Minister of Labour is believed to be the conservative favourite to take on Macron and Marine Le Pen.

French MEP Philippe Olivier, who also serves as special adviser to National Rally leader Marine Le Pen, claimed Barnier does not stand a chance, in an interview with Express.

Underscoring that Michel Barnier is a”Europeanist, but not French”, he added:

"He is all the more ridiculous because he thinks that maybe because he has achieved something on a European level this would qualify him to represent something for France… It is evident that a person who has been sent by an international organisation stands absolutely no chance.”