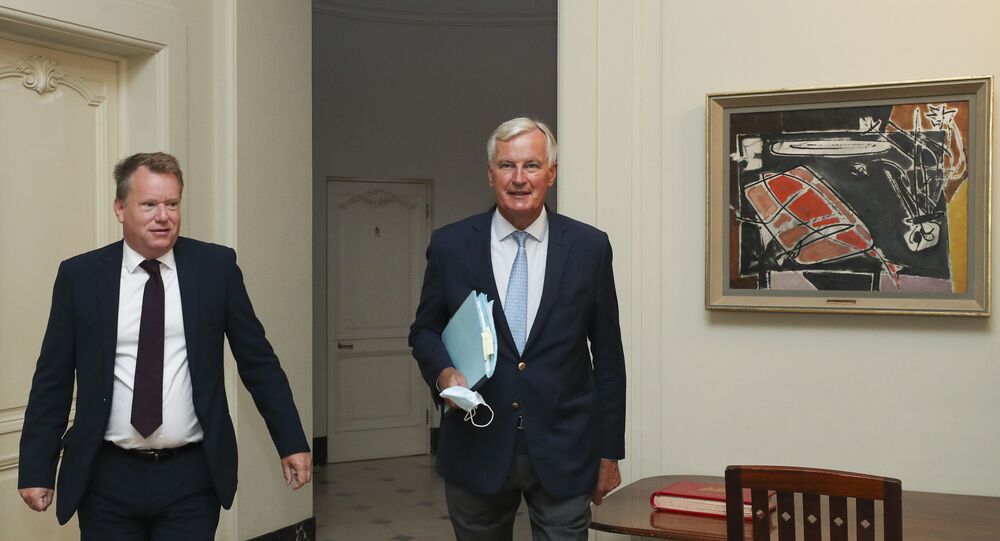 The development comes as the Brexit negotiations between the UK and the EU on their future trade relations has entered its final stage. Some major disagreements still remain, however, over governance, fisheries and competition rules in trade.

The EU Brexit negotiator Michel Barnier has temporarily suspended Brexit talks with his UK colleague David Frost after one of the EU team members tested positive for COVID-19.

​Frost, in turn, stated that he was in close contact with his EU counterpart, stressing that the health of both teams remained a priority.

Trade negotiations between the UK and the EU have been deadlocked for months amid wide disagreements over fishing quotas, the level-playing field — the set of common rules and standards designed to prevent businesses in one country from undercutting their rivals in other countries — and governance.

According to EU Commission Vice-President Valdis Dombrovskis, Britain and the bloc are now in the "final push" to reach an agreement, even though some crucial elements have yet to be resolved.

Business Secretary Alok Sharma said Wednesday that the UK still hopes to conclude the deal with the EU, yet wants Brussels to treat Britain as a sovereign nation.

If no trade deal is secured before the year’s end, World Trade Organisation rules will come into effect starting in 2021, including customs tariffs and full border checks for goods crossing the English Channel.