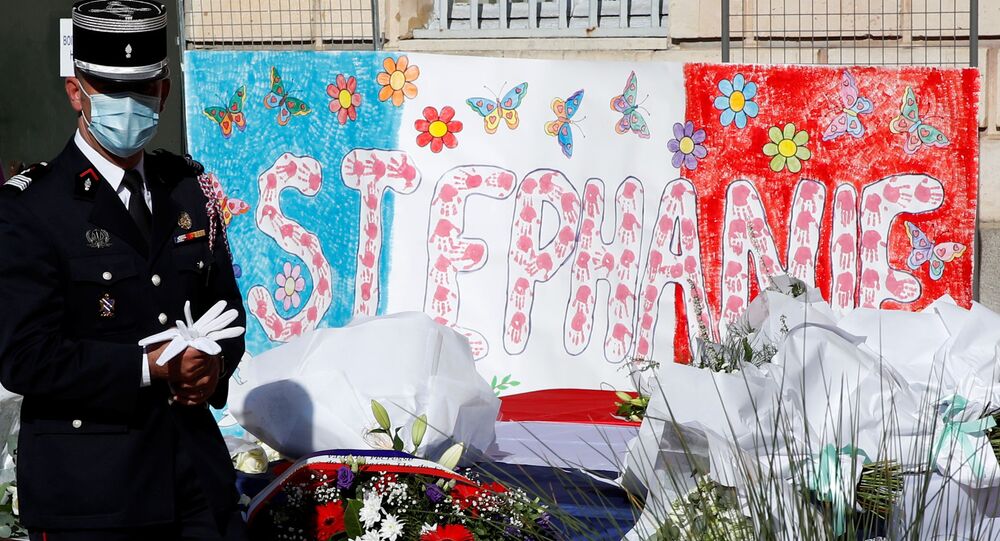 PARIS (Sputnik) - French President Emmanuel Macron will attend the private funeral of a policewoman who was murdered by a Tunisian extremist in the Rambouillet commune not far from Paris last week, media reported on Tuesday, citing the Elysee Palace.

According to the France Bleu broadcaster, the event is scheduled for Thursday. Besides, Prime Minister Jean Castex is expected to preside over a national tribute ceremony for the deceased officer on Friday.

The attack, qualified by the country's government as a terrorist act, occurred last Friday, when Stephanie Monfeture, a 49-years-old police worker, was stabbed dead near a local police station.

The attacker, a 36-year-old man of Tunisian origin, is reported to have shouted "Allahu Akbar" during the attack. He was shot by arresting law enforcement officers on the spot and later succumbed to his injuries.

The investigation into the attack is being led by the national counter-terrorism prosecutor’s office.