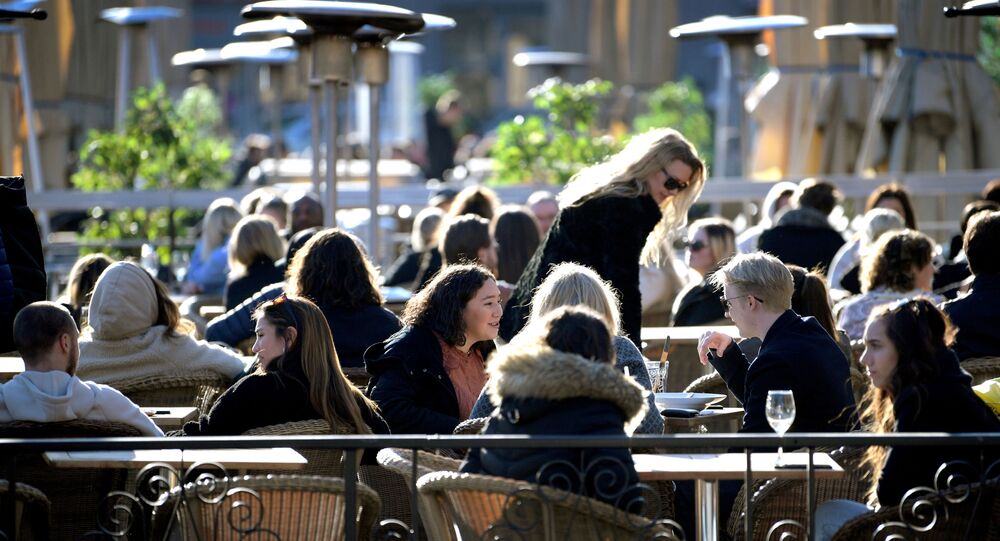 As Sweden, a nation of over 10 million, is edging toward a million COVID-19 cases, with nearly 14,000 fatalities, more than the rest of Scandinavia combined, questions about the government's approach and strategy continue to rise, not least whether it consciously pursued so-called herd immunity.

During an almost four-hour questioning by the parliament's constitutional committee over the country's handling of the corornavirus pandemic, Swedish Prime Minister Stefan Löfven firmly denied that herd immunity has ever been part of the government's strategy.

"I want to firmly reject all speculation that I have heard for a long time, that herd immunity was part of any strategy. Never ever", was Stefan Löfven's answer, according to national broadcaster SVT.

Stefan Löfven said that while the government has had and still has a strategic focus on measures against coronavirus, no formal government decision on the strategy has ever been made.

"The government has chosen a direction for how the government should work, such a need doesn't need to be expressed through government decisions", Löfven said.

He emphasised that the strategic direction that has been followed throughout has been to limit the spread of infection, protect people's lives and health, and manage healthcare.

"It has been about judging according to the situation, which measures are best at a given time. Knowledge and proven science have been the guidelines", Löfven said.

Löfven was also asked about the position of the Swedish Public Health Agency, including whether the agency was given an all too prominent role when dealing with the pandemic.

The prime minister replied that it is an "expert authority" with "prominent experts", suggesting that it would be direct misconduct not to listen to them.

Over the course of last year, however, the Swedish medical authorities and politicians at various levels came up with conflicting messaging about the pandemic.

© REUTERS / TT News Agency
Sweden's State Epidemiologist Self-Critical, Admits More Action Against COVID-19 Was Needed
State epidemiologist Anders Tegnell himself denied that Sweden's strategy was herd immunity, but ventured it was the only way to stop the pandemic. Instead, however, he described Sweden's official strategy as "spreading as slowly as possible, so that the healthcare system has time to take care of all those who fall ill".

At a press conference last year, Norrbotten County infection control doctor Anders Nystedt said that herd immunity would be achieved "calmly and quietly", venturing that all Norrbotteners will eventually have to go through the infection. At the same time, a page of his presentation said "Goal => Flock immunity".

According to former head of the National Board of Health and Welfare's infection control unit Peet Tüll's book "The Herd", which features excerpts from e-mail correspondence, the Swedish Public Health Agency initially contemplated several approaches, and chose the path to hypothetical herd immunity.

The first alternative was a total shutdown of society for four weeks. The second was tracking infections on a large scale, finding the infected, and putting them in a two-week quarantine. The third option involved "allowing the spread of infection, slowly or rapidly, to achieve a hypothetical 'herd immunity'".

Tüll by his own admission advocated alternative two and pointed out that alternative three appeared to be a headless strategy. To this, Anders Tegnell allegedly replied: "Yes, but we have walked through this and after all landed at three nonetheless", the newspaper Aftonbladet reported.

The Swedish corona handling has received harsh criticism, not least because it took such a long time to get mass testing started, but also for the initial lack of protective equipment in healthcare and elderly care, which was later rectified. The government also came under fire for failing to duly protect the elderly and allowing the virus to spread in nursing and retirement homes, bringing the death toll up.

To date, Sweden, which has consequently steered clear of any lockdowns, remains an outlier among its neighbours, with more COVID-19 cases and deaths than the rest of Scandinavia combined. Sweden, a nation of over 10 million, is edging toward a million COVID-19 cases, with nearly 14,000 fatalities.