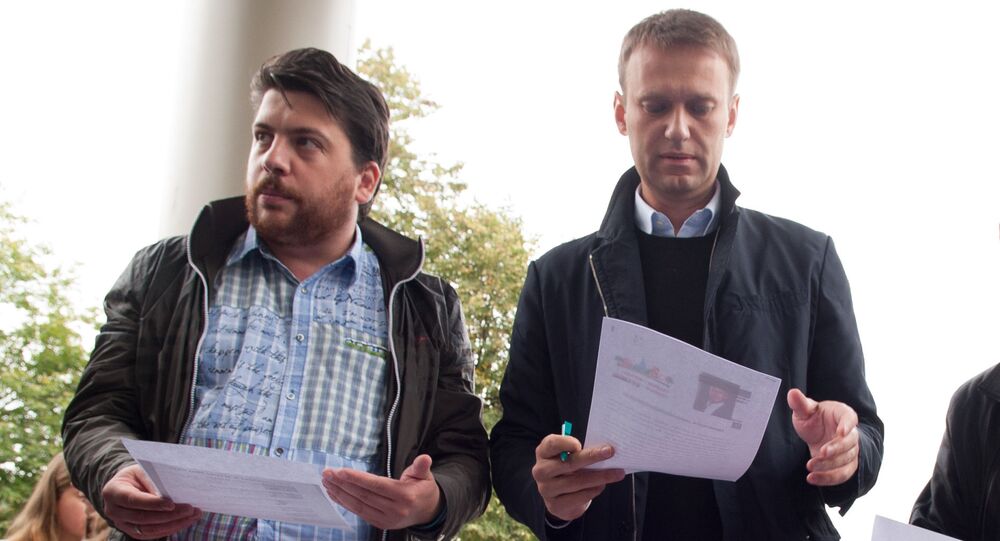 The real chief of staff for the Russian opposition figure alleged that the well-known pranksters Vovan and Lexus, who often fool foreign politicians, were behind the act. The two have not commented on the allegations of their involvement, but they have never used deepfake technology for their pranks in the past.

Members of the Dutch Parliament's Permanent Committee for Foreign Affairs were "infuriated" when they learned that they had not actually spoken to Navalny's Chief of Staff Leonid Volkov, but with a prankster who posed as Volkov in a video conference, apparently using deepfake technology, de Volkskrant newspaper reported.

Despite the incident, which was originally reported by local media on 23 April and confirmed later by the parliament, the lawmakers still want to hold talks with Volkov, only this time for real. The top ally of the Russian opposition figure has so far not responded to the offer.

However, the Dutch lawmakers are not the only victims of the "fake Volkov", who also spoke last month with lawmakers in Estonia, Latvia, and Lithuania, as well as with the chair of the UK's Foreign Affairs Committee, Tom Tugendhat. The fact that he was not a real representative of Navalny's team was uncovered only this week.

It is unclear, however, who is behind the spate of prank calls made under the name of Volkov, who was in charge of organising the recent unauthorised (and thus illegal) demonstrations in Russian cities on 21 April. Pranked British lawmaker Tom Tugendhat alleged that it was the Kremlin's attempt to discredit Navalny's team, but failed to provide any evidence to back his claim.

Volkov himself alleged on 22 April that the famous Russian pranksters Vovan and Lexus (their real names are Vladimir Krasnov and Alexey Stolyarov), who are known for successfully fooling a number of Western politicians and activists posing as well-known personalities, were behind the act. The duo previously tried to trick the president of the Parliamentary Assembly of the OSCE, Peter Lord Bowness, under the guise of Volkov, but their plans were busted.

© REUTERS / Toby Melville
Russian Pranksters Suggest US Senator Sanction UK Queen After Oprah Interview
The two pranksters have not released any videos related to the spate of pranks on European lawmakers nor have they commented on the claims of their involvement. The duet has also never used deepfake technology, which allows a person's face to be replaced with the face of anyone else, in any of their pranks to fool their victims. Rather, their pranks usually avoid any video contact at all and rely only on voice acting and on the influence of the accent of the speaker being impersonated in order to hide their true identities.
...
Reddit
Google+
Blogger
Pinterest
StumbleUpon
Telegram
WhatsApp
401