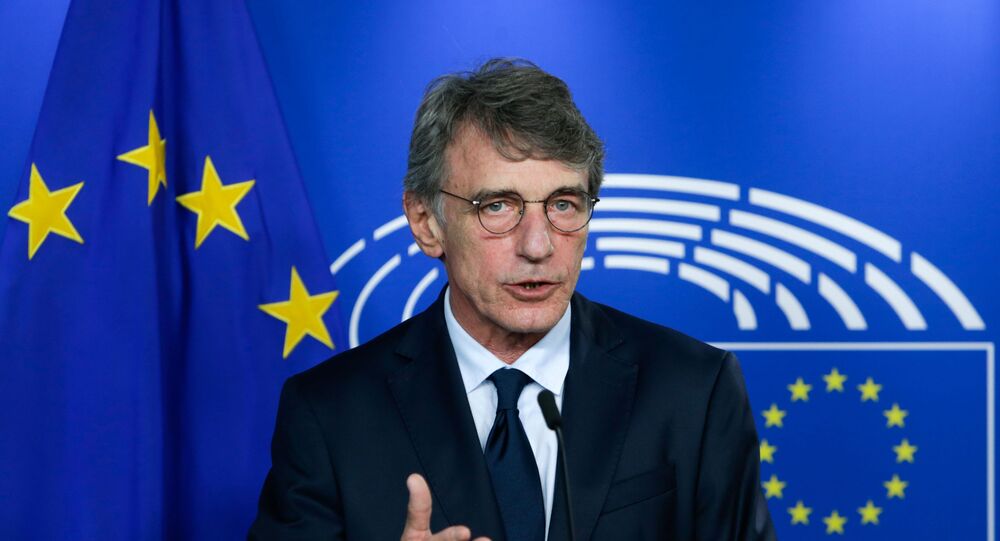 The pranksters, in turn, asked Sassoli whether Brussels would impose sanctions against Minsk. However, Sassoli did not provide a clear answer to this question, renewing his invitation to Tikhanovskaya to visit the European Parliament.

The prankster posing as Nauseda told Sassoli that an unofficial connection was allegedly established with Belarusian Prime Minister Roman Golovchenko. He added that the country's government and the parliament mostly support Tikhanovskaya and are waiting for the right moment to topple Lukashenko. In response, Sassoli said that this was very interesting information.

One of the pranksters, Vladimir Kuznetsov, also known as Vovan, said that the idea to prank Sassoli arose after the reports about the EU sanctions against Belarus, adding that the pranksters always responded to news buzz.

On Thursday, the European Parliament refused to recognize Belarusian President Alexander Lukashenko as the winner of the recent presidential election and called for sanctions on the country's leadership for alleged voter fraud and punitive measures against those protesting the election's outcome.