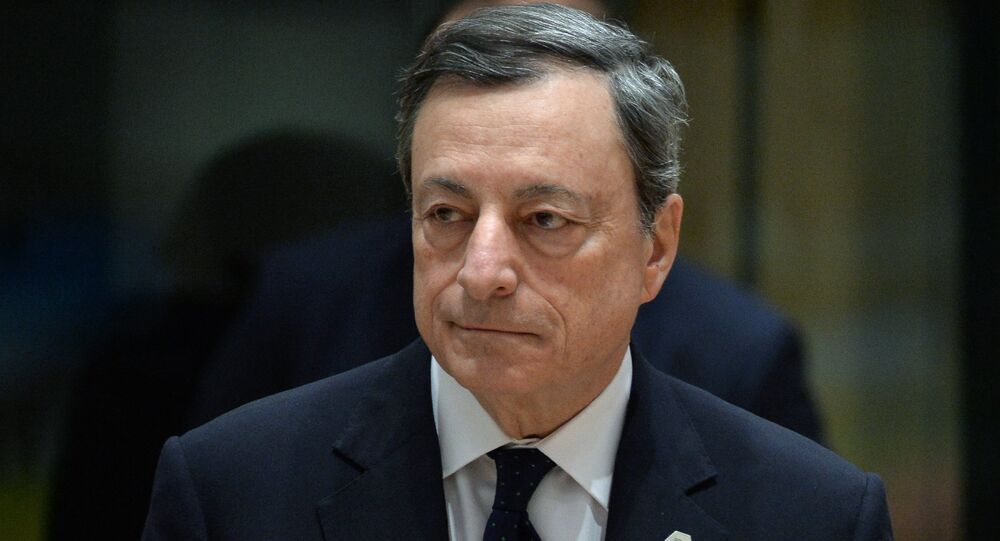 GENOA (Sputnik) - The Five Star Movement (M5S), the Italian parliament's largest party, decided to support the prospect of a new government of Italy led by Mario Draghi after the vote on its online platform Rousseau.

"A total of 74,537 subscribers expressed their preference out of 119,544 of those who had the right to vote", the statement on the platform’s official website reads.

According to the results, 59.3 percent have voted in favor of Draghi government and 40.7 percent – against.

As M5S defends the ideas of direct and representative democracy, it takes important decisions based on the voting results on this platform, where registered users of M5S discuss, approve or reject legislative proposals.

The question that the registered users who have the right to vote were asked was "Do you agree that the Movement supports a technical-political government that foresees [the establishment of] a super-Ministry of Ecological Transition and that defends the main results achieved by the Movement together with other political forces indicated by the appointed president Mario Draghi?"

Establishment of a special ministry for ecological transition has been the idea pushed ahead and voiced by founder of M5S Beppe Grillo at his meeting with Draghi earlier this week. According to Grillo, it should deal with the issues of economic development, energy and the environment.

These results of the M5S vote mean that apparently only the right-wing Brothers of Italy party is not going to give its confidence to the government of Draghi. Other forces from the center-right and left have expressed their support.

Last week, Draghi, former head of the European Central Bank, was appointed as new prime minister by President Sergio Mattarella. He was tasked with the formation of a new government. Draghi has been in consultations with the political parties with a view to find a parliamentary majority supporting his future government. The approval by M5S has not been clear until the results of the vote.