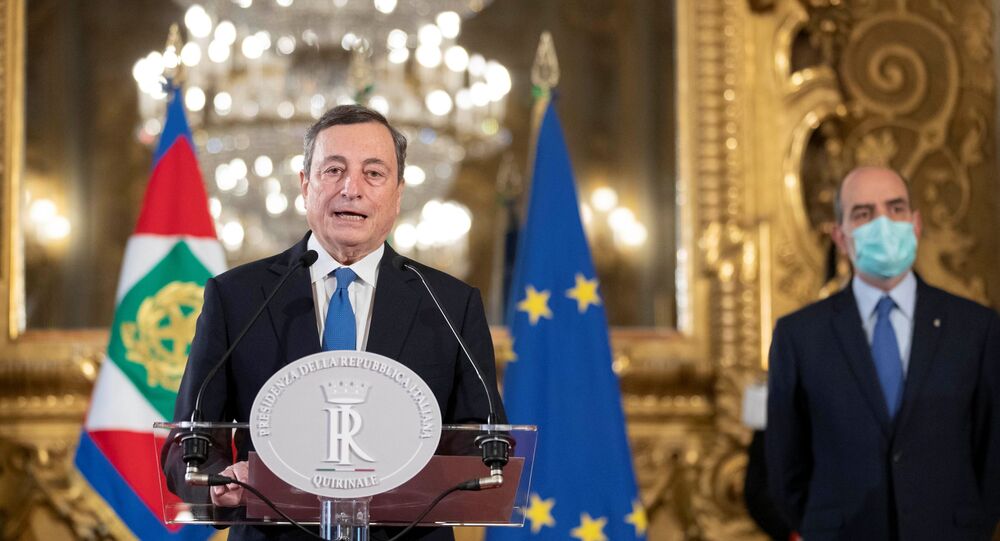 Former President of the European Central Bank Mario Draghi has been granted a mandate to form a new government after meeting with Italian President Sergio Mattarella.

"President of the Republic Sergio Mattarella has met with Professor Mario Draghi to whom he has given the mandate to form a government. Professor Draghi has reserved the right to accept", a spokesman for the presidential palace said in a statement.

Following the meeting, Draghi confirmed he will be the next Italian PM, expressing hope that the Italian parliament will demonstrate unity to face the challenges to the country.

"I thank the president of the republic for the trust that he has given me by entrusting me with the task of forming a new government. It is a difficult moment … The emergency situation requires a reply corresponding to the situation, and with this hope and with this task I reply positively to the appeal of the president of the republic", Draghi said after the meeting with Mattarella.

The economist was asked to form a new Cabinet after Giuseppe Conte handed in a formal resignation letter to the president. Conte decided to step down even though he survived a vote of confidence in the parliament, as his coalition failed to secure a majority due to the withdrawal of Italia Viva, led by former PM Matteo Renzi.

Draghi was born in Rome in 1947 and studied economics at La Sapienza University, graduating in 1970, later earning a PhD in economics from the Massachusetts Institute of Technology in 1976. He served as the governor of the Bank of Italy in 2006-2011 and as the president of the European Central Bank between 2011 and 2019.