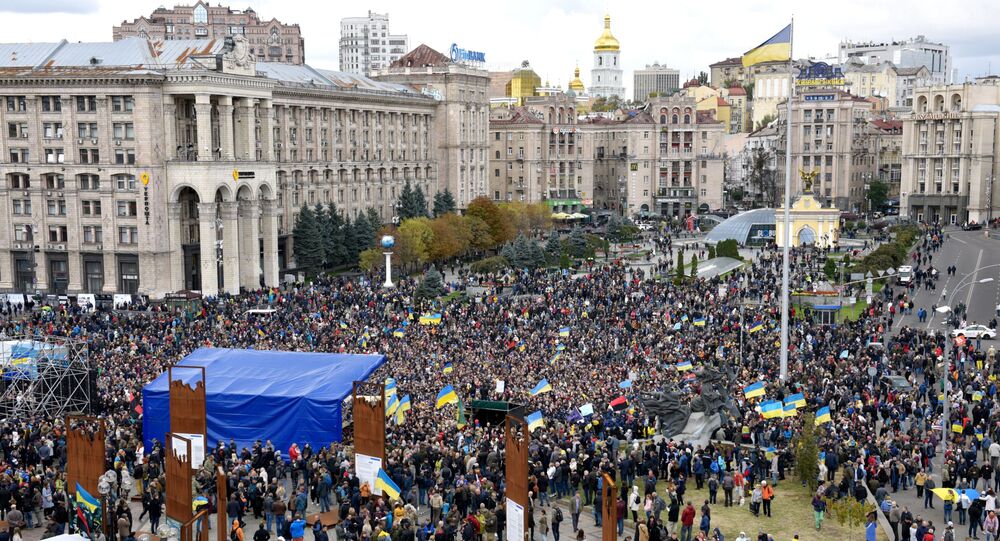 MOSCOW (Sputnik) - About 50 percent of Ukrainians consider the ban of Russian TV channels in the country a mistake, and many Ukrainians want to watch TV in Russian, according to a poll conducted by the Social Monitoring center.

Banning certain Russian movies and actors is considered a mistake by 53.6 percent of poll participants, while 49.9 percent think the ban of Russian TV channels in Ukraine is also wrong.

The poll was conducted among more than 3,000 Ukrainian residents, with the exclusion of those living in the southeastern Donbas region. Poll results were released on the Social Monitoring website on Monday.

In May 2019, Ukraine's then-President Petro Poroshenko signed a new language law that expanded the use of Ukrainian in public life. The law makes the use of Ukrainian mandatory for state and local authorities, educational institutions and the service sector. Moscow has criticized the legislative measures taken by Kiev, saying they targeted the Russian language, which is spoken by the vast majority of Ukrainian nationals and is the native language of many of them.

At the end of last month, Russian Security Council Secretary Nikolay Patrushev dubbed Kiev's recently adopted legislation ordering the service sector to switch to exclusively using the Ukrainian language as a continuation of Russophobic actions by politicians who receive instructions from the United States.

Ukraine Sees No Grounds for Full Diplomatic Rupture With Belarus

Three Armed People Tried to Cross Into Russia From Ukraine, One Killed in Gunfight