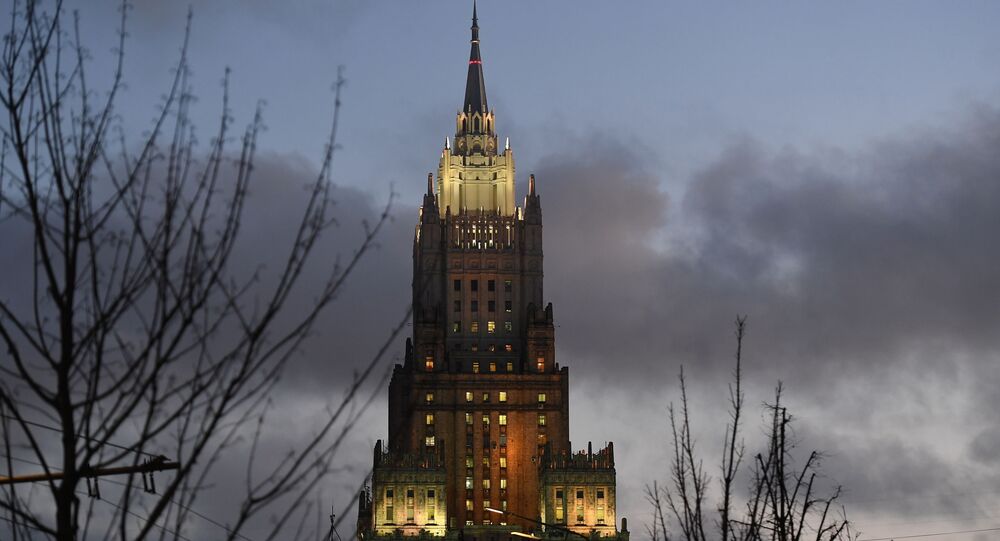 MOSCOW (Sputnik) - The demand of the Security Service of Ukraine (SBU) that Apple removes apps of Russian media agencies from its App Store is an infringement on the freedom of expression and the rights of journalists, violating Ukraine's commitments under international law, Russian Foreign Ministry spokeswoman Maria Zakharova said on Saturday.

"We amount the SBU demand ... to yet another manifestation of the Ukrainian authorities' repressive policy toward the media. This act of political censorship was Kiev's signature under a cynical infringement on the key democratic principles of ensuring free distribution of information and unobstructed access to it, with absolute ignorance of its international obligations with regard to the protection of freedom of speech and expression," Zakharova said in a statement.

On Friday, Apple reached out to Russia's Rossiya Segodna international news agency and the VGTRK family of broadcasters to say that the SBU had asked it to remove mobile apps of these brands from the Ukrainian segment of App Store. Several VGTRK apps were already withdrawn.

© Sputnik / Ramil Sitdikov
Russian Cabinet Official Says Rossiya Segodnya, RT Are Leaders in Working With Internet Audiences
Ukraine has banned the broadcasting of dozens of Russian channels since the summer of 2014. The blacklist includes Channel One, Rossiya 24, Zvezda, REN-TV, Life News, RTR-Planeta, RT, as well as many entertainments, children's or sports channels.

In Russia, these restrictions were repeatedly called unacceptable and regarded as an attack on freedom of the media.