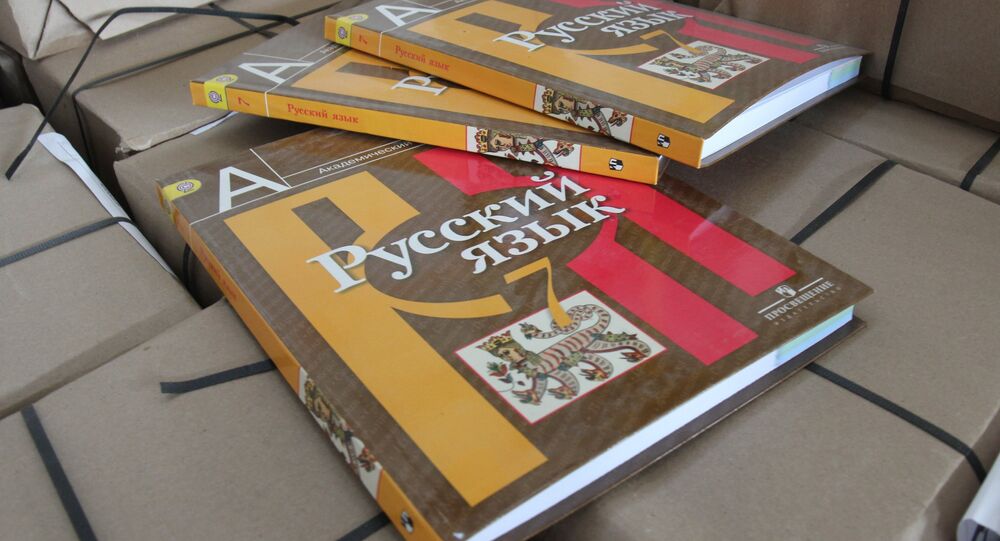 A senior Russian senator criticized the recently adopted Ukrainian law on education, saying that it specifically targeted the Russian language spoken in the country were less influenced by the law.

"The Ukrainians have come up with a loophole for the notorious education law, pulling the languages of the European Union out from its effect… It is obvious that only Russians are going to suffer. Yes, that was the initial goal of the law," Kosachev said Friday on Facebook.

The senator added that he had been wondering what the destiny of the law would have been if it had only breached the rights of the Russian minority in Ukraine and left the minorities of the EU member states undisturbed.

"I think that the European Union with its much-touted values would have been dead silent. Yes, it is not being silent now, and yesterday's PACE [Parliamentary Assembly of the Council of Europe] resolution, devastating for Ukraine, confirms it," Kosachev said.

The official stressed that now Hungarian, Romanian and Polish schools in Ukraine would be damaged less.

On Thursday, PACE adopted a resolution saying that the new Ukrainian law on education did not provide an appropriate balance between the use of official language and the languages of national minorities. Out of 110 lawmakers as many as 82 parliamentarians voted for the document with 11 against, and 17 others abstained.