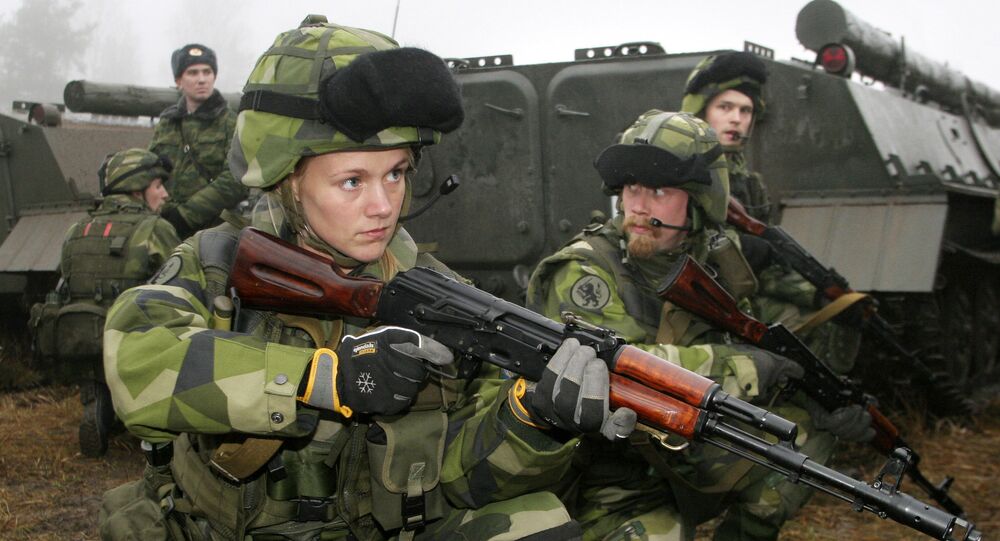 While the goal of the campaign is to present the military as an open and inclusive workplace, it also raised eyebrows over what is seen as identity politics.

In a new feminist campaign on social media, the Swedish Armed Forces have informed that free period products are being distributed to conscripts as part of their equipment.

The purpose of the campaign, according to the military, is to "show the target group of women aged 15 to 23 that the military is a modern workplace where everyone should have the same conditions to solve their tasks".

In the same way that different environments, tasks, or weather demand solutions of their own, neither should menstruation "be an obstacle to the soldiers' combat value", the Swedish Armed Forces explained.

"This is a good way to tell the target group about one of the many things that are being done to provide better conditions for women in the Armed Forces. This is only a small part of a larger project to achieve an equal supply of equipment. It is basically a matter of everyone, regardless of gender, having the same conditions to act to the best of their best ability", the Swedish Armed Forces PR manager Johan Landeström explained.

The military's goal is to employ more women, and the idea is that by 2025 30 percent of conscripts will be female.

"I believe this is an extremely positive decision. I think this makes it easier, of course, for conscripts and employees who menstruate. Then this decision also sends a very clear signal that women are an obvious part of the Armed Forces", Lindhagen said.

On social media, though, the reactions were more divided, ranging from scepticism to obvious sarcasm.

"It's great that the military is trying to pave the way for more women with free menstrual protection for conscripts, but I don't think the lack of tampons is the biggest problem", one user argued.

​"I assume that the Armed Forces have already had free period products for twenty years or so and that this is just a way of trying to get some traction from idiots on social media?", another one chimed in.

​"Of course, identity policy demands that the Armed Forces buy sanitary napkins instead of bullets and gunpowder, plus sanitary napkins work just as well for men!", another one wrote wryly.

​"Now the Russians have no chance", another one joked, evoking the Armed Forces persistent rhetoric about an "assertive Russia" that has been used as a pretext for defence build-ups.

​In recent years, the Swedish military has launched a number of polarising initiatives, originally aimed at boosting cohesion and emphasising equality, but ended up being slammed for playing identity politics. These include the pro-LGBT campaign "We don't always march straight" and the pro-diversity push "Our strength consists of differences".