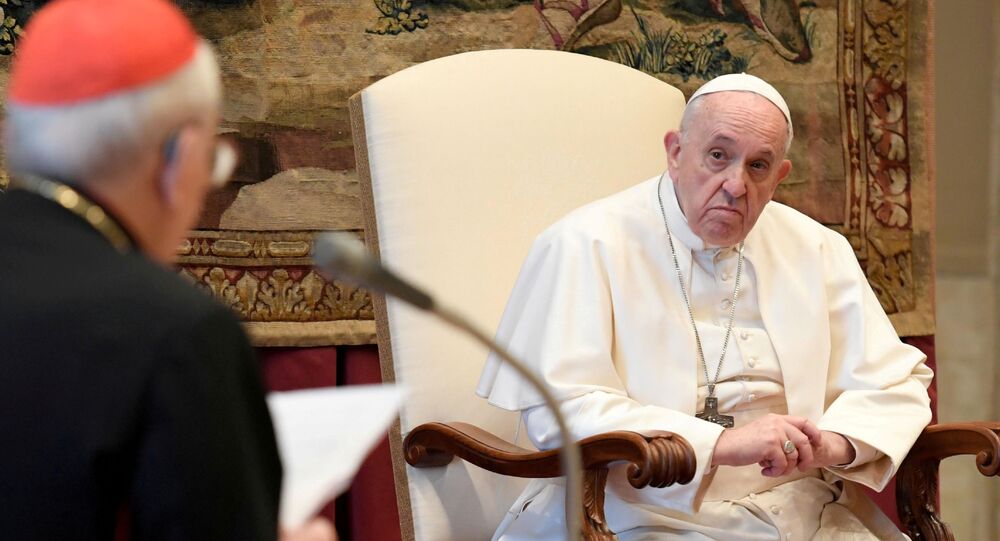 Despite having to miss or reschedule certain key events due to leg pain, the Vatican's Pope Francis issued an appeal to help those living without homes in the Italian capital during the cold winter months.

Pope Francis has called on residents of Rome to support the homeless in the Italian capital as death numbers of destitute people continue to rise, Reuters reports.

“His story joins those of others who have recently died in Rome in the same dramatic circumstances. Let us pray for Edwin", Francis said.

“Let us think of Edwin, let us think of what this 46-year-old man felt in the cold, ignored by all, abandoned, even by us. Let us pray for him”, the pope said.

Pope Francis: “This past January 20th, a few meters from Saint Peter's Square, a homeless 46-year-old Nigerian man named Edwin was found dead due to the cold. Let us think of what this man felt, in the cold, ignored by everyone, abandoned, even by us.” https://t.co/dfL4kbxKMO pic.twitter.com/yFj0utPDkL

​The Sant’ Egidio Catholic charity group has said Edwin was at least the fourth homeless person to pass away during the cold this year and the 10th since November.

Sant’ Egidio, which vigils the streets of Rome helping the homeless find shelter and provides blankets and food, has asked city authorities to open subway station doors at night so those without can seek protection from the cold.

The Vatican and its associated charities organise homeless facilities such as a clinic, night shelters, bathing places, and soup kitchens.

The 84-year-old pope issued the address while standing in the Vatican library.

Francis was scheduled to lead a Mass on Sunday morning as well as a vespers service the following day. However, he has been forced to miss three events on those days due to a renewed problems with a sciatica condition that causes leg pain.

Both of the events require the main orator to stand for long periods of time. He also rescheduled his annual address to the diplomatic corps, which was originally set to take place on Monday.

This marks the second time in January that he has been forced to miss events due to the illness.