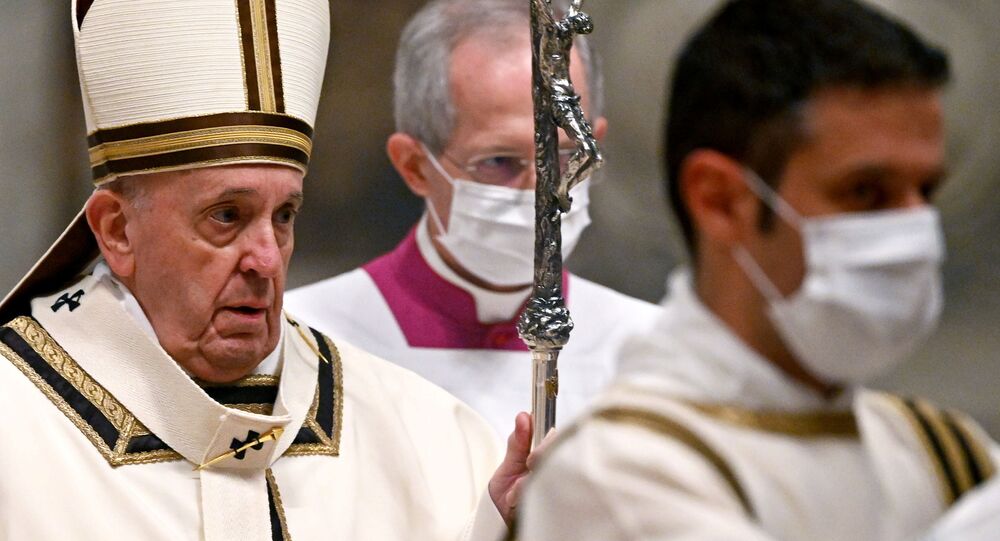 In mid-2019, Vatican prosecutors launched an investigation into allegations of corruption and mismanagement of donations and investments by the independent city-state’s secretariat of state that resulted in losses of tens of millions of euros amid financial troubles for the Holy See.

The head of the Catholic Church, Pope Francis, over the weekend signed into law a new document depriving the Vatican secretariat of state of its financial assets and real estate holdings amid an ongoing probe into allegations of corruption and mismanagement of the Holy See’s donations and investments.

The new law requires the state’s secretariat to complete the transfer of all the holdings to another Vatican office by the deadline of 4 February 2021.

“A better organisation of the administration, monitoring and supervision of the economic and financial activities of the Holy See to ensure transparent and efficient management and a clear separation of competences and functions, is a fundamental point in the reform of the Curia,” the pontiff wrote in the law.

Now, all donations to the pope, including the Peter’s Pence collections from the faithful and all previous donations that had been managed by the secretariat of state, will go to the Vatican treasury office and be operated as separate funds accounted for in the general budget of the Holy See.

The new law makes the changes, announced in November, permanent, and sets a firm date for their implementation.

The pope pointed out, hopwever, that the office of the administrative body of the secretariat of state will remain to carry out “internal” as well as “other non-administrative functions”.

“The so-called Administrative Office of the Secretariat of State shall maintain exclusively the human resources necessary to carry out the activities related to its internal administration, preparation of its budget and balance sheet and other non-administrative functions performed so far,” the law states.

Under the new changes, the secretariat of state, which was the most powerful office of the Holy See, will have to propose a budget and have it approved and monitored by other departments.

In August, Pope Francis began stripping the Vatican secretariat of its assets in the wake of an ongoing investigation into allegations of corruption of the Holy See’s funds after senior officials of the secretariat were involved in a controversial 350-million-euro investment into a luxury residential building in London that led to losses of tens of millions of euros. In November, the pontiff appointed a commission to put the changes into effect.