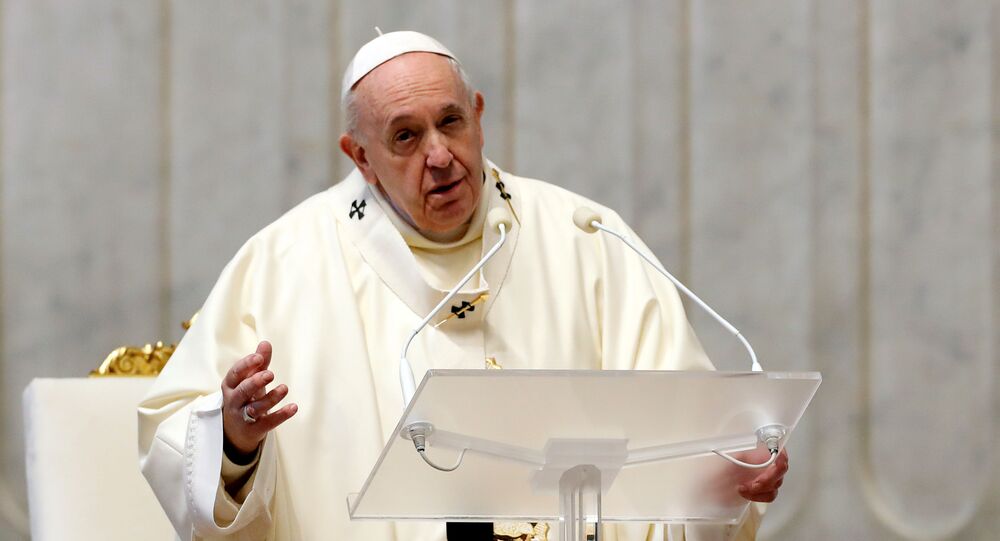 This is already the second time this year that Francis has been forced to cancel public appearances due to his condition. On 1 January, he had to skip the Mass for World Peace and a Vespers service on New Year’s Eve before that.

Pope Francis won’t attend at least three upcoming events over the coming days “due to a recurrence of sciatica,” Vatican spokesperson Matteo Bruni said in a statement Saturday.

The pope will miss a Mass in the Vatican Basilica on Sunday and the concluding prayer for the Week of Christian Unity on Monday. His address to the members of Diplomatic Corps, which was also planned for Monday, will be rescheduled, according to the Vatican. However, he will still lead the Angelus prayer in the library of the Apostolic Palace "tomorrow at 12.00 noon, as scheduled," the statement added.

The 84-year old pope is currently suffering from a bout of sciatica, a nerve condition that causes severe pain from the lower back to the leg. In 2007, during a massive sciatic episode, the Pope was paralyzed by it for several days.

On Wednesday, Pope Francis issued a message to US President Joe Biden congratulating him on the inauguration and sharing prayers that he will be granted "wisdom and strength" to serve in the office.

“Under your leadership, may the American people continue to draw strength from the lofty political, ethical and religious values that have inspired the nation since its founding,” he said.

Biden is the second Catholic president in US history to enter the White House; the first was former President John Kennedy. Biden, 77, is known to regularly attend Mass, and did so on his inauguration day.