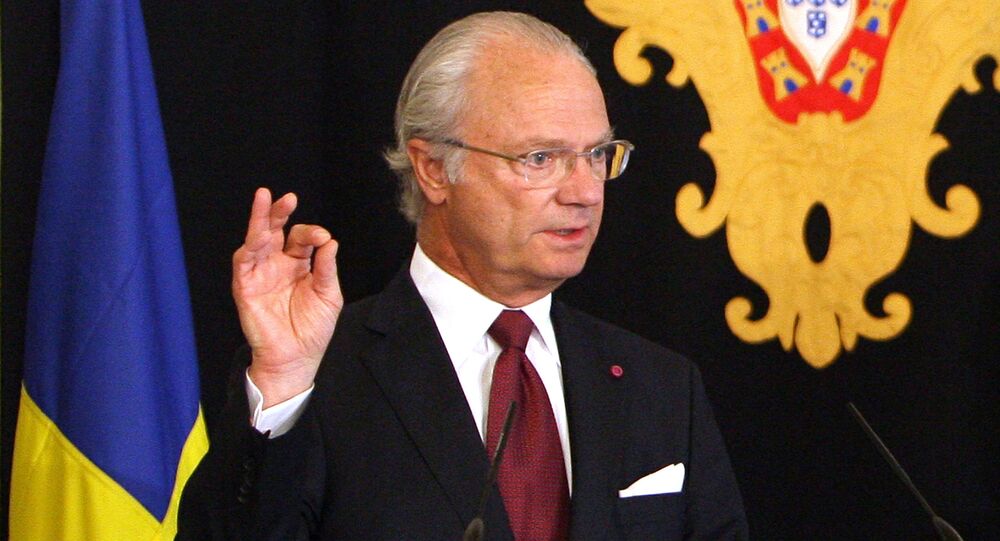 In an eyebrow-raising speech that many interpreted as outright criticism of the government, Carl XVI Gustaf emphasised that the Swedish people have “suffered terribly” and lost many lives.

In a recent speech to the nation, 74-year-old King Carl XVI Gustaf described 2020 as a terrible year, emphasising that Sweden has failed to save lives during the coronavirus pandemic.

"I believe we have failed. We have a large number of people who have died, and that is terrible. It is something we all suffer together", Carl XVI Gustaf said, as quoted by national broadcaster SVT.

"The Swedish people have suffered enormously in difficult conditions", he added. "You think of all the people who have been unable to say farewell to their deceased family members. I think it is a heavy and traumatic experience not to be able to say a warm goodbye", he added about the public health restrictions.

The Swedish King's statement raised eyebrows, as many interpreted it as criticism of the government, something the Swedish monarch, who has ruled since 1973, doesn't traditionally engage in.

"It is startling and unusual of him to speak in this way. According to the constitution, his role is to be a symbolic figure, not speak politically", Henrik Wenander, professor of public law at Lund University, told SVT. “It is clear that this will have an impact”, Wenander mused.

Johan T. Lindwall, editor-in-chief of the newspaper Svensk Damtidning, was also amazed by the monarch's statement.

“I am surprised that he in his role as head of state makes such a sharp statement. It will be interpreted as criticism of the current government that has the ultimate responsibility for the strategy", Lindwall said, recalling the 2004 tsunami in Southeast Asia as the last time when the king made critical remarks.

However, Carl XVI Gustaf's comments are consistent with the first interim report of the so-called "Corona Commission", which was set up this summer to evaluate Sweden's efforts to stop the spread of the infection.

According to the report, the elderly care has long suffered from major structural shortcomings and was "ill-equipped" to deal with a pandemic. The commission noted that the government bears the ultimate responsibility for the failure of the strategy to protect the elderly so far, Swedish Radio noted.

Among other things, there was no national overview of the municipalities' preparedness to face a pandemic and the state authorities for not attempting to obtain a comprehensive plan. The measures taken by the Swedish government and its agencies in the spring came too late and were insufficient, according to the report.

"Elderly care was largely left alone to deal with the crisis situation", the commission wrote.

Some 90 percent of the more than 7,800 Swedes who have died so far with the diagnosis COVID-19 have been 70 years or older. Half of them lived in specialised housing.

Sweden, a nation of just over 10 million, has seen close to 350,000 COVID-19 cases and 7,802 fatalities. In November, the Nordic nation, which has long stood out from the rest of the world in its laissez-faire approach to tackling the coronavirus, with no lockdowns and mostly recommendations, saw its highest excess mortality since the 1918 Spanish flu.

With COVID-19 being the third-highest cause of death behind only cancer and cardiovascular diseases, the Swedish government moved from recommendations to explicit bans, as a new batch of restrictions was introduced in late November.