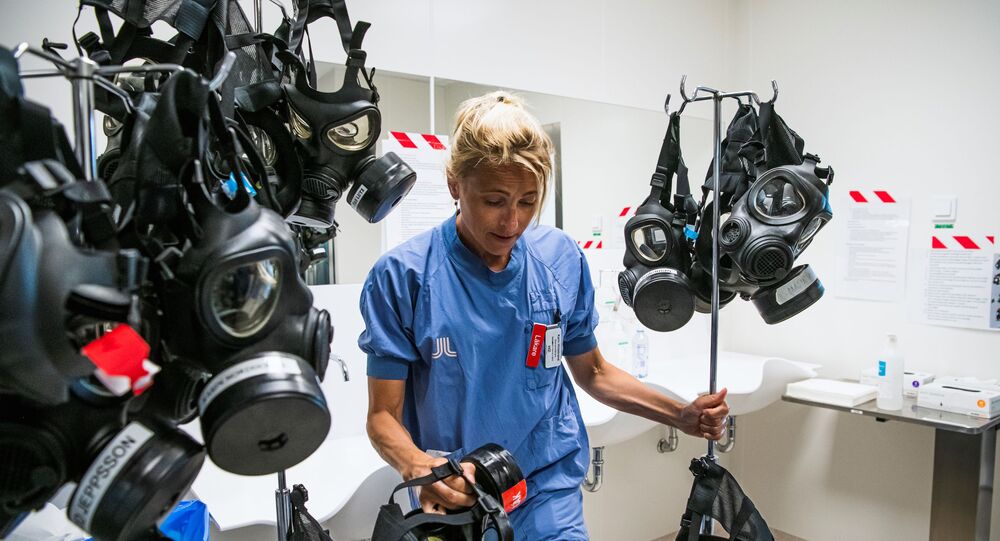 With Covid-19 being the third-highest cause of death behind cancer and cardiovascular diseases, Sweden is struggling to contain the epidemic and only recently began to tighten its standalone approach.

In November 2020, Sweden, one of the the European countries worst hit by the coronavirus, has seen excess mortality of 10 percent, according to Statistics Sweden.

“It is the highest number of deaths measured during the month of November since 1918, which was the year when the Spanish flu broke out. Then, 16,600 people died in November. The highest record in the 2000s was in 2002, when 7,720 deaths were registered in November,” Tomas Johansson of Statistics Sweden said in a statement.

Between 12 and 27 November this year, more people died every day than between the corresponding period in the years 2015–2019. However, the excess mortality is mostly limited to the age group 65 and older, as the overall levels are below their spring peak: between 29 March and May 1, at least 300 people died every day.

“Since the turn of the year, the number of deaths had been at normal levels for the period, but in November began to rise significantly,” Tomas Johansson explained.

Meanwhile, a Norwegian study by the University of Tromsø has also concluded that Sweden's strategy against Covid-19 has resulted in significant excess mortality and tens of thousands of lost life-years.

According to the Norwegian scientists, Sweden's 611 Covid-19 deaths per million inhabitants (as opposed to Norway's 53 per million) led to a “broad wave of mortality”. The researchers found 45,850 lost life years in Sweden between July 2019 and July 2020, which has “no other explanation than the corona-related deaths”, according to mathematics professor Martin Rypdal. According to newspaper Dagbladet, Rypdal concluded that Norway's track-down-and-isolate strategy is preferable to Sweden's lassez-faire one.

Sweden, which since the start of the pandemic has been in a largely business-as-usual mode with no lockdowns, no mask obligations, and mostly advisory measures, has been criticised for its failure to properly address the health crisis, among others, by the Organisation for Economic Cooperation and Development (OECD), which gave the country bottom-tier grades in its recent measurement of European countries.

To emphasise the urgency of the situation, the Swedish government sent warnings about the coronavirus to all of the country's 22 million mobile phones. However, media experts including acclaimed PR-consultant Paul Ronge, called the measure an attempt to get media attention and dismissed it as “almost pathetic” and a “public relations ploy of the worst kind”.

Sweden, a nation of over 10 million, has seen over 320,000 cases and over 7,500 deaths, with Covid-19 being the third-highest cause of death behind cancer and cardiovascular diseases. In late November, Sweden moved from recommendations to explicit bans, as a new batch of restrictions was introduced.