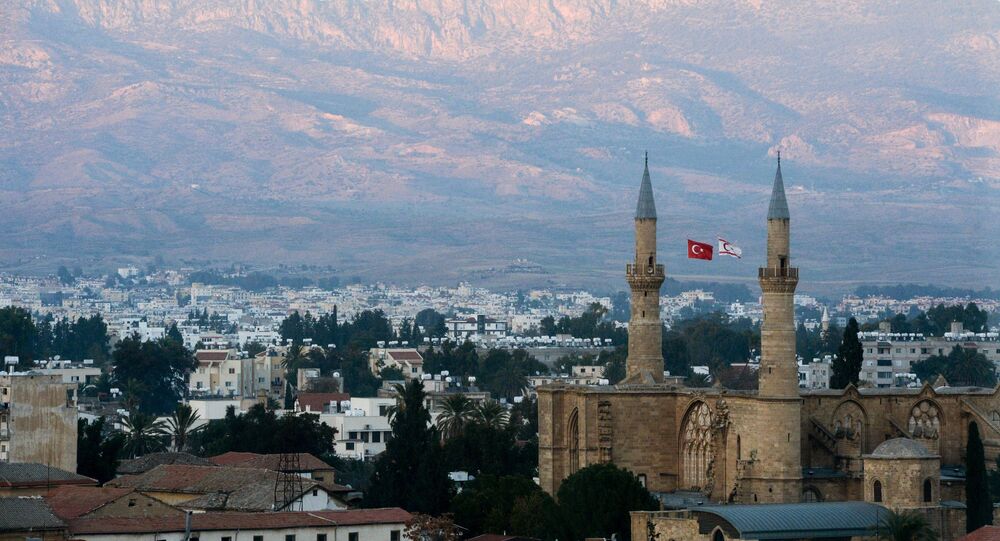 The authorities of Northern Cyprus are seeking to resolve the dispute with Greek Cypriots at an international level. North Nicosia also hopes that Azerbaijan and Qatar may recognise the self-declared Turkish Republic of Northern Cyprus. Its ex-president Mehmet Ali Talat discusses the two-state model as a proposed way of ending the frozen conflict.

Ersin Tatar, the president of the self-declared Turkish Republic of Northern Cyprus (TRNC) has called for the opening of Varosha, the abandoned southern quarter of the Cypriot city of Famagusta, which was once a modern tourist area before 1974, when the island became divided between the Greek and Turkish Cypriots. Varosha is located on the Turkish Cypriot side of the UN buffer zone separating the two communities.

Tatar, who won the presidency in October 2020, outperforming his rival Mustafa Akinci, the fourth president of Northern Cyprus, with 51.74% of the votes versus 48.26%, is seeking a two-state solution for the Mediterranean island. This stance is in line with that of Turkish President Recep Tayyip Erdogan, who visited Northern Cyprus, recognised only by Ankara, in mid-November.

Tatar's promises do not seem convincing and feasible enough to Mehmet Ali Talat, who served as the president of Northern Cyprus from 2005 to 2010.

"The parties should follow the path of resolving the Cyprus issue on the basis of a federal model with the assistance of the international community," the politician says. "Since the Greek Cypriots, obviously, will not agree to the creation of two states, if the model of federation is not adopted, the division of the island is inevitable. Time will tell how events will develop".

The recent political shift does not reflect the views of the entire Turkish Cypriot community, the ex-president notes, stressing that this is the position of only a certain segment of the TRNC population.

To date, there have been two major approaches to resolving the Cyprus dispute: the reunification of the island into a single state and the two-state solution for the northern and southern parts of Cyprus.

"In 2002, when the Justice and Development Party (AKP) government came to power and [Ankara] began to actively discuss the prospects for Turkey's accession to the EU, the need to resolve the Cyprus problem became obvious," Talat recollects.

The United Nations (UN) was pushing ahead with the Annan Plan envisaging the creation of the United Republic of Cyprus, i.e. a federation of two states. On 24 April 2004, a referendum on the Annan Plan indicated that 64.91% of Turkish Cypriots supported the initiative while 75.38% of Greek Cypriots said "no" to the plan.

However, in 2017 the reunification talks in Switzerland between Greek Cypriot President Nicos Anastasiades and Turkish Cypriot leader Mustafa Akinci collapsed and the process of the resolution of the Cyprus dispute has stalled since then, according to the politician.

"When the negotiations in Crans-Montana failed in 2017, Mr. Akinci made a huge mistake by succumbing to emotions", Talat says. "By stating that the negotiations were 'the last attempt of the current generation to reach an agreement' he made it clear that the search for a compromise would not continue, and as a result, Turkey took the line of denying a federal model of settlement. And when Mr. Akinci, after the lapse of time, returned to his former line, it was already too late. There was a conflict in relations with Turkey, tensions ripened and disagreements arose, which have dragged on for three and a half years".

While Akinci tried to promote the federation model again, the Turkish authorities remained sceptical about it, he recollects, explaining that the actual reason for this spat was the unwillingness of the President of the Republic of Cyprus Nikos Anastasiadis to stretch a hand and solve the problem.

"I believe that the main reason for the stalling of the negotiation process was connected not with the shortcomings of the federal model, but with the position of the Greek Cypriots, who went beyond the boundaries of the UN parameters", he says. "It was necessary to force the Greek Cypriots to return to the UN parameters within the framework of the negotiation process but our side did not do this. Instead, our side decided to move away from these parameters too. In my opinion, this will lead to the fact that we, as well as the Greek side, will be labelled 'uncompromising'. This circumstance worries me very much".

The political strategy of Akinci's successor, Ersin Tatar, who is an ardent supporter of the two-state model, is unlikely to prove successful as it does not have international backing, according to the Northern Cypriot politician.

"The fact is that until now the UN Security Council resolutions have been focused on resolving the Cyprus problem through negotiations based on the model of creating a bi-communal federation on the island. In this regard, the situation has not changed today. The only thing that has changed is that the TRNC is now conducting a new joint experiment with Turkey".

In this situation, the main question is what instruments Turkey and the TRNC should use to persuade the Greeke to return to the UN parameters, the former president believes.

When it comes to the two-state solution, the odds of recognising Northern Cyprus by a number of Turkish-friendly states, such as, for example, Azerbaijan or Qatar, are low, according to Talat.

"I do not think it is possible", he says. "The fact is that these countries are at the same time bound by other relations and obligations. For example, there is a friendship and cooperation agreement between Azerbaijan and the EU. Will Baku refuse it? This is highly unlikely."

US Demands That Cyprus Cut Off Port Access to Russian Warships

Erdogan Calls for Cyprus Talks Based on 'Two Separate States'