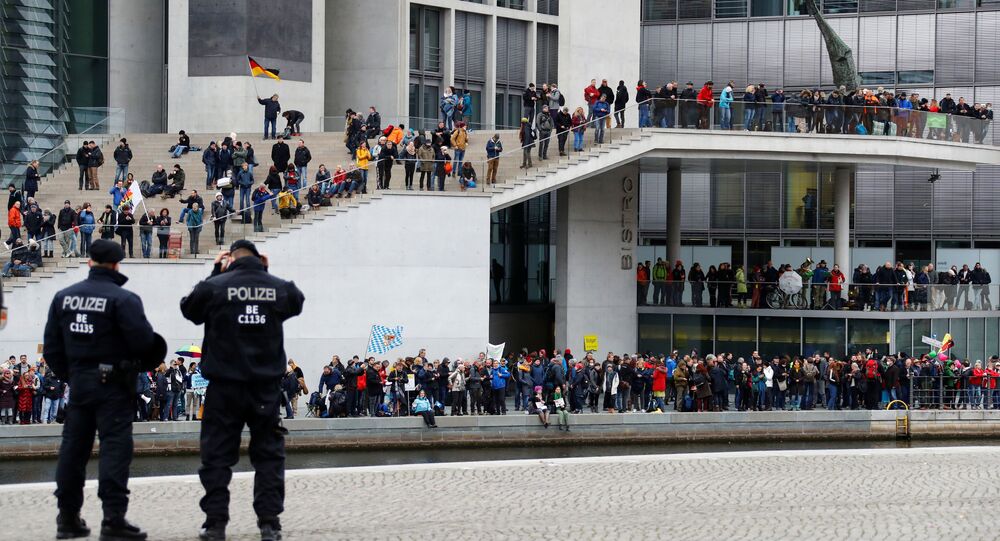 BERLIN (Sputnik) - Police in the German capital of Berlin have detained at least 365 people during a day of protests against restrictive measures currently in force to curb the spread of the coronavirus disease, law enforcement officials said on Wednesday.

"As of 19:30 [18:30 GMT], a total of 365 detentions were made. Many of these were due to violations of the Protection Against Infection Act," the Berlin police tweeted.

At least two people have been arrested and placed into custody, law enforcement officials stated, adding that 10 police officers suffered injuries while responding to the protests.

A Sputnik correspondent reported earlier on Wednesday that police used water cannons and tear gas to disperse protesters who had gathered near the Bundestag building in central Berlin.

The protest took place as German lawmakers debated a legal reform to give the government greater powers to enforce social distancing restrictions.

More than 833,300 COVID-19 cases have been registered in Germany since the start of the pandemic, including the 17,561 new positive tests registered on Wednesday, according to the country's Robert Koch Institute.