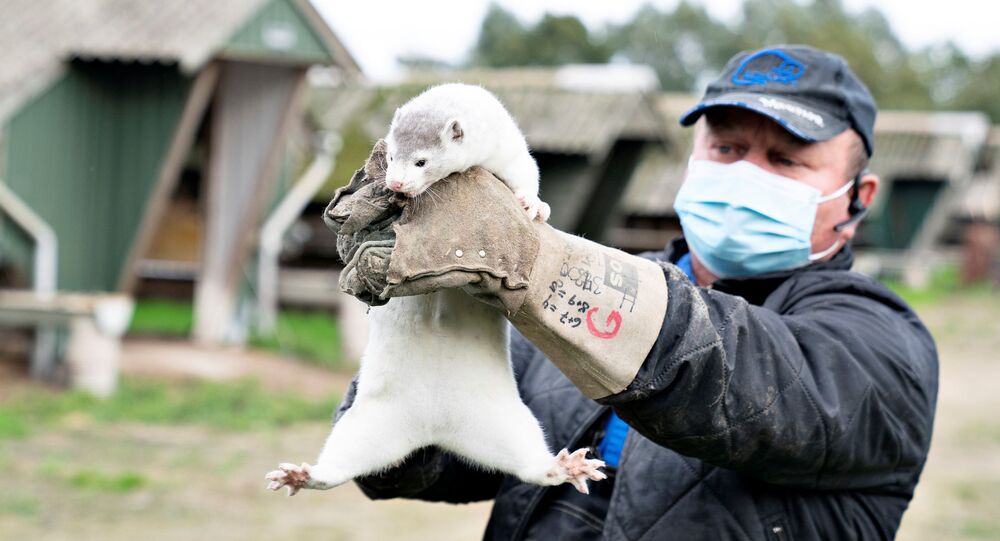 Faced with the possibility of a mutated COVID-19 epidemic, Denmark is so far is the only country to order a blanket cull of farmed mink where the mutation originated.

The Danish government has managed to gather a political majority to kill all of the country's 15 to 17 million mink due to health issues.

The decision to cull all of the farmed mink by the world's largest producer of mink fur was taken following the discovery of mutated coronavirus on farms, dubbed "mink COVID-19". The legality of the mass cull, however, has been questioned amid protests from breeders. As the decision was proclaimed contrary to Danish law, several rounds of debate ensued on how to proceed.

Now, the ruling Social Democrats have managed to obtain the backing of its coalition parties, the Red-Green Alliance, the Socialist People's Party, the Social Liberal Party, and the Alternative to complete the cull as intended.

"I am very happy that with this agreement we can hopefully create peace and quiet around the large-scale culling process that is taking place on the country's mink farms. It has been a messy process, I am the first to admit it", Social Democrat Food Minister Mogen Jensen said, as quoted by Danish Radio. "The government's announcement to kill all Danish mink has been heavy, and we are very aware of the far-reaching consequences it has for every individual affected in the industry", he added, describing the decision as "necessary".

The agreement implies that it will be temporarily forbidden to keep mink until 31 December 2021. In addition, all farmed mink must be killed. According to the agreement, breeders will receive a speed bonus of DKK 30 (around $5) for every mink that is killed before 19 November. However, a deal on compensation for the country's mink breeders is yet to be finalised. Among other things, the liberal-conservative Venstre Party said it would like the mink breeders to receive an amount that takes into account that the mink industry will effectively be discontinued in Denmark.

According to Trade and Industry Minister Simon Kollerup, negotiations on compensation for the mink breeders are still underway.

"It is not the mink breeders' fault that corona is contagious in their particular industry. It is a relentless task they are undertaking right now for the sake of public health", Kollerup told Danish Radio.

Earlier this autumn, several mutated variants of the coronavirus were discovered on Danish mink farms across the country. The mutations later spread to humans, and the government introduced strict restrictions in several parts of the country to avoid a new epidemic, as the worst-case scenario had envisaged. On 4 November, Prime Minister Mette Fredriksen announced that all farmed mink would be killed.

Remarkably, Denmark so far is the only country to order a blanket cull of farmed mink. Other important breeder nations, such as Sweden, Poland, and the US, continue to conduct business as usual.