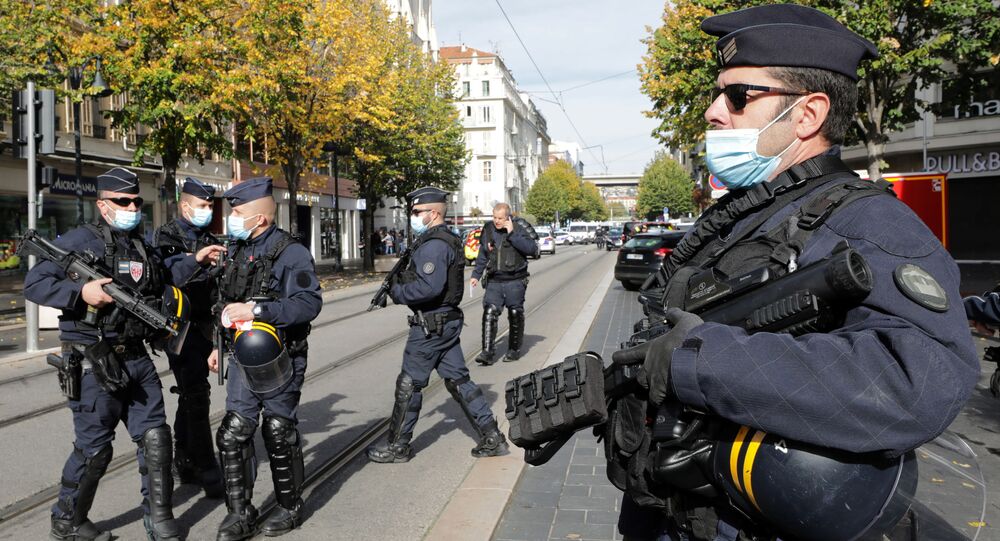 The police operation is reportedly still underway; however, the perpetrator of the attack has already been detained, according to Mayor Christian Estrosi.

Estrosi qualified the incident as a possible terrorist attack.

Earlier this month, French President Emmanuel Macron called Islam a religion 'in crisis' and promised new legislation that would create "enlightened Islam" in the country days after a radicalised teen beheaded history teacher Samuel Paty, after he had displayed cartoons in class depicting the Islamic prophet Muhammad during a lesson on the freedom of speech. Muslims consider any picture of Muhammad to be blasphemous.

The French government declared the incident a terrorist attack and pledged to reinforce the counter-extremist measures in the country.